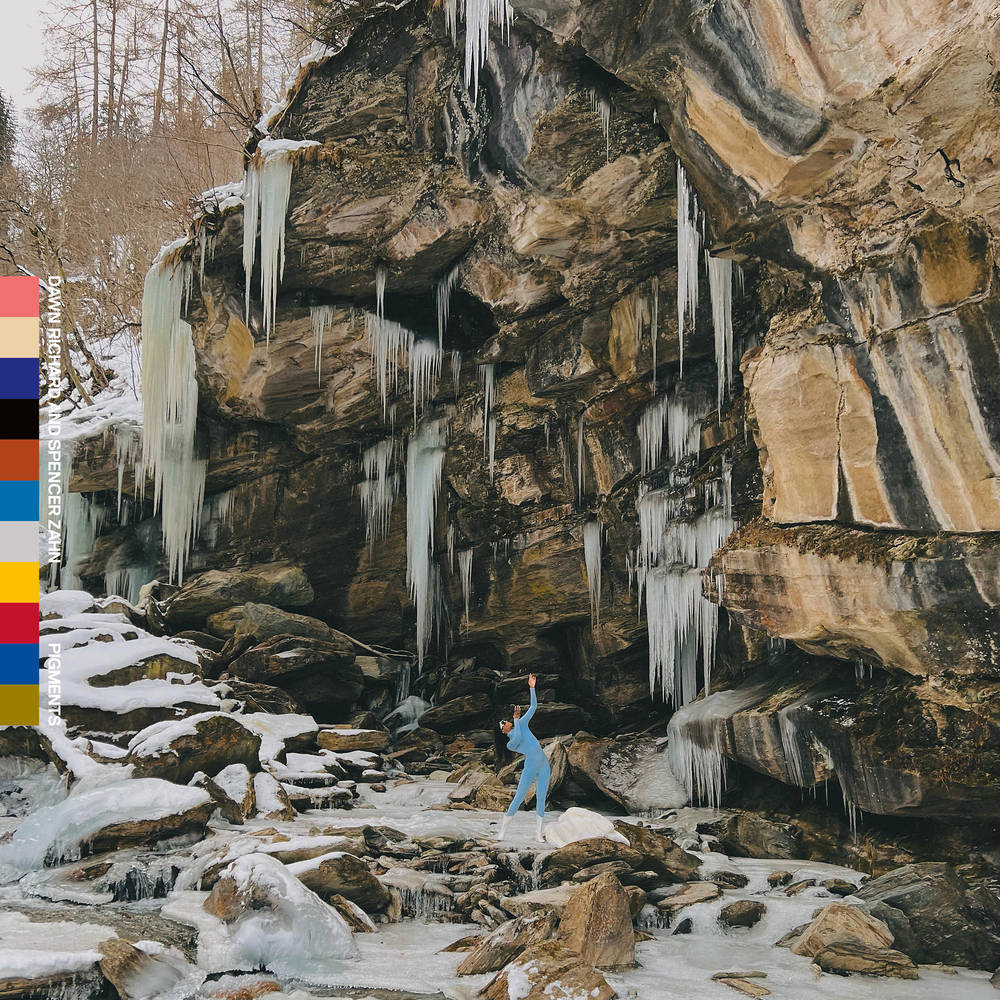 Pigments is a project about the power of self-expression through living art, through motion. It’s also a love letter to New Orleans, Louisiana. Not strictly classical, jazz or ambient electronica but rather a body of “movements,” Pigments is an expressive soundscape that is an immersive passage through the city as seen through the eyes of a young Black girl with dreams to paint her future with the pigments given to her.

Richard explains: “Spencer wanted to create one long piece of music that would ebb and flow around my lyrics and emotions, which tell a story of growing to love my own skin. I wanted my voice to be moss surrounding the roots of Spencer’s compositions, never forcing the moment to fill every space but rather reveling in the openness of thought and breath.”

Zahn agrees, saying, “I wanted to work with all these different textures, tones, and colors to have a new sound to frame Dawn’s voice and lyrics. To hear a lone clarinet as the breath fades and a cello continues its melody to cue Dawn’s vocal entrance is unlike any other record she has made. These are things that excite me as a composer but more as a listener. I hope that other listeners feel the same.”