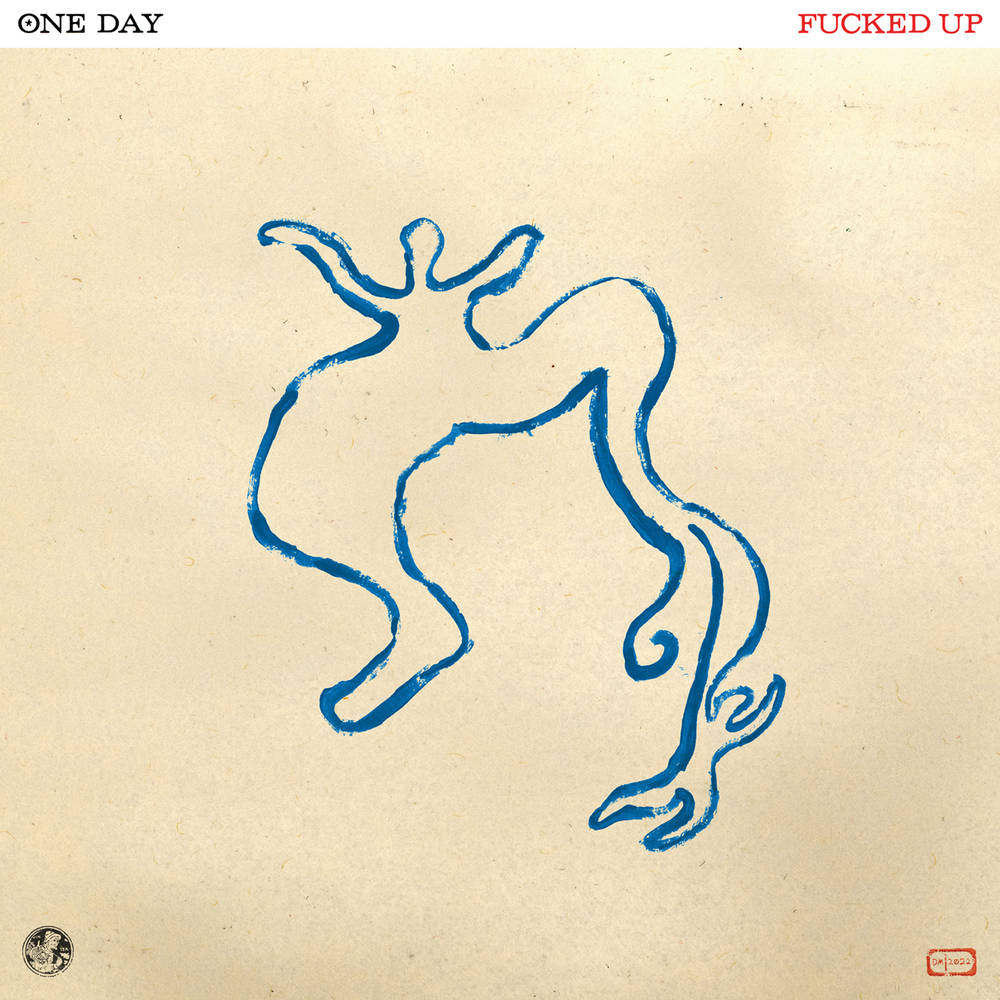 With One Day, Fucked Up have delivered one of the most energizing and intricate albums of their career, a massive-sounding record that arrives in deceptively small confines. The Canadian hardcore legends have been known for their epic scale in the past, so it might be a surprise that Fucked Up’s sixth studio album is their shortest to date, written and recorded in the confines of one literal day (hence the title). Don’t mistake size for substance, though: The band’s sound has only gotten bigger, more hard-charging, with even denser thickets of melody.

“I wanted to see what I could record in literally one day.” That singular idea came to mind for guitarist Mike Haliechuk in the closing months of 2019. Haliechuk got himself into a studio and proceeded to write and record the record’s ten tracks over three eight-hour sessions, reconnecting with the core the band’s songwriting essence in the process.

Initially, Fucked Up vocalist Damian Abraham was also set to complete his vocals in similar fashion—that is, before the lockdowns of 2020 took place. As it turns out, the isolation yielded creative dividends, as Abraham returned to contributing lyrics as well for the first time since 2014’s Glass Boys. “It almost felt like it might be the last time I’d ever get to record vocals for anything,” Abraham says of the stakes he felt while putting his part to tape, before reflecting on how he approached the lyrical process: “What do I want to say to friends who aren’t here anymore? What do I want to say to myself?”

Over swarms of tuneful noise that evoke Sonic Youth circa Daydream Nation, Abraham lets loose on gentrification in “Lords of Kensington,” which was inspired by an “incredible” Toronto neighborhood that was regularly subject to life-ruining police surveillance and structural violence. “The police chief during that era—he just opened a cannabis store,” Abraham explains. “It’s so cynical and gross, what society has come to—but by being in a band, we’re culpable in changing the neighborhood, too, since the punk spaces and cool happenings that pop up are part of gentrification. Are you building a culture? Or are you ruining something that’s already been there?”

Then there’s the dusky burn of “Cicada,” a sonic cousin to Dose Your Dreams’ excellent standout “The One I Want Will Come for Me” that features Haliechuk taking lead-vocal duty. The song is dedicated to lost friends, and in his words, it’s about “what life is like after you lose people, and our responsibility to carry them forward into the future, using the things they taught us as a light. I like to imagine the sound of cicadas as a metaphor for our strange life in the subculture—we all just live these weird little hidden lives under the dirt, and then once in a generation, one of us gets to bust out of the dirt and intone their song so loud that it can be heard all over.”

One Day is an undeniable work of confidence from a band that continues to operate at the top of their game, making music that’s guaranteed to last a lifetime and beyond.