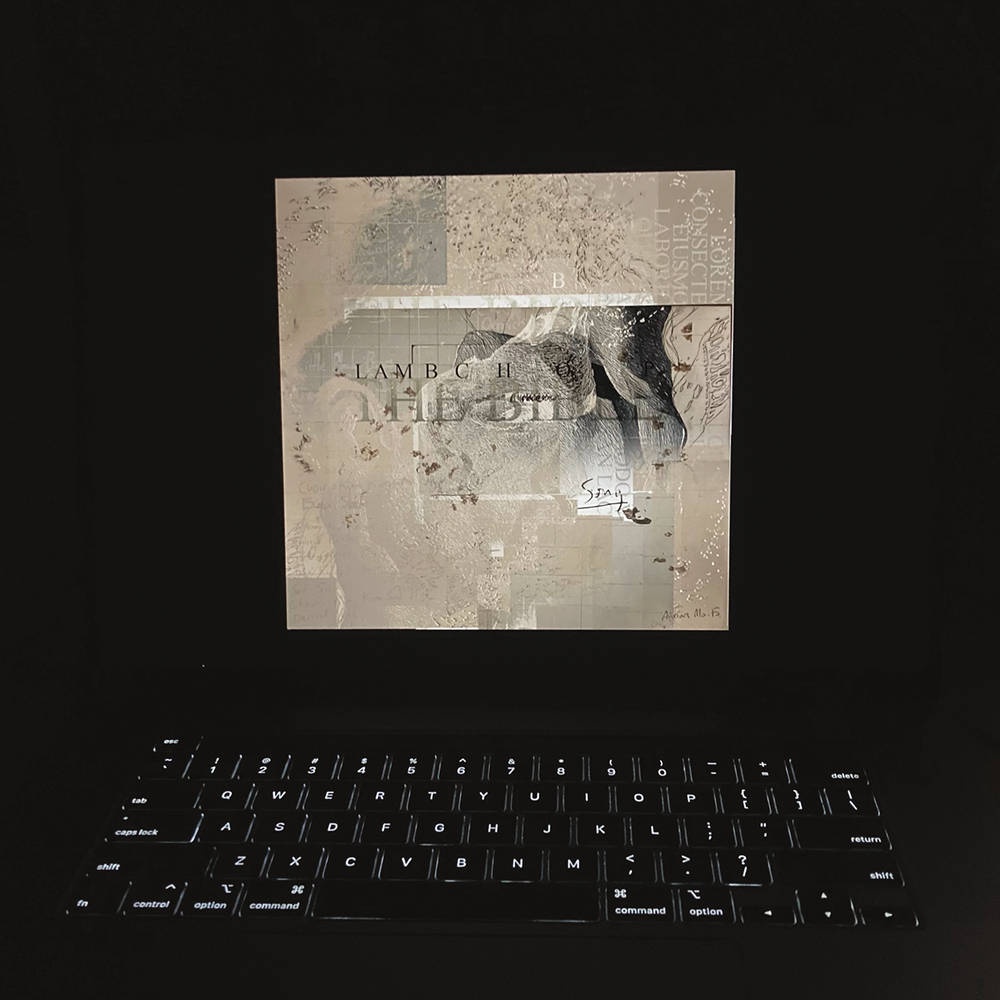 The never-ending psychedelic web of Kurt Wagner's Lambchop continues to unravel on September 30th with a new album titled The Bible.

The story of The Bible begins with Wagner up in the middle of the night during the first year of the plague, watching his new friend from Minneapolis, Andrew Broder, play a Wurlitzer on Instagram Live. Broder was one in a group of Minneapolis musicians Wagner had met prior to the pandemic through mutual friend Justin Vernon (Bon Iver). After watching the livestream, he called Broder up. “Dude, I’ll get you in a studio,” he says, “you just go in there for like three or four hours and do your thing.” Broder sent him back twelve 20 minute-long pieces. And then Wagner found himself in Minneapolis, in the sweltering summer of 2021, in a decommissioned paint factory turned practice space. Wagner would find an immediate musical spark with Broder & his musical partner Ryan Olson (Gayngs, contributor to Taylor Swift's Evermore). Olson contributes greatly to the album, both with arrangements & production. “Ryan and Andrew, they’re like two sides of my personality,” Wagner says. “And if you put them together as a team, they represent me.” Good thing, because this would be the first time Wagner let somebody else—people who weren’t even from Nashville—produce a Lambchop record.

The music on The Bible is more unpredictable than it’s ever been on a Lambchop record. Jazz careening into country, into disco, into funk, and back to country. All tied together with Wagner’s own voice, born from a perspective on his own life inspired by taking care of his father at the end of his life. The sounds all jumbled together with snatches of observations, words torn from the headlines in Minneapolis—bumper stickers on the freeway, or graffiti from outside that decommissioned paint factory. Through the weeks, musicians (local & non-local) would come & go, putting their own thumbprints on this bible. Perhaps most strikingly, contributions from two different vocal choirs (Bells of the Lakes & Lutheran Bells) & gorgeous string arrangements courtesy of yMusic co-founder C.J. Camerieri (who has also arranged strings for Sufjan Stevens, Antony & the Johnsons & The National).