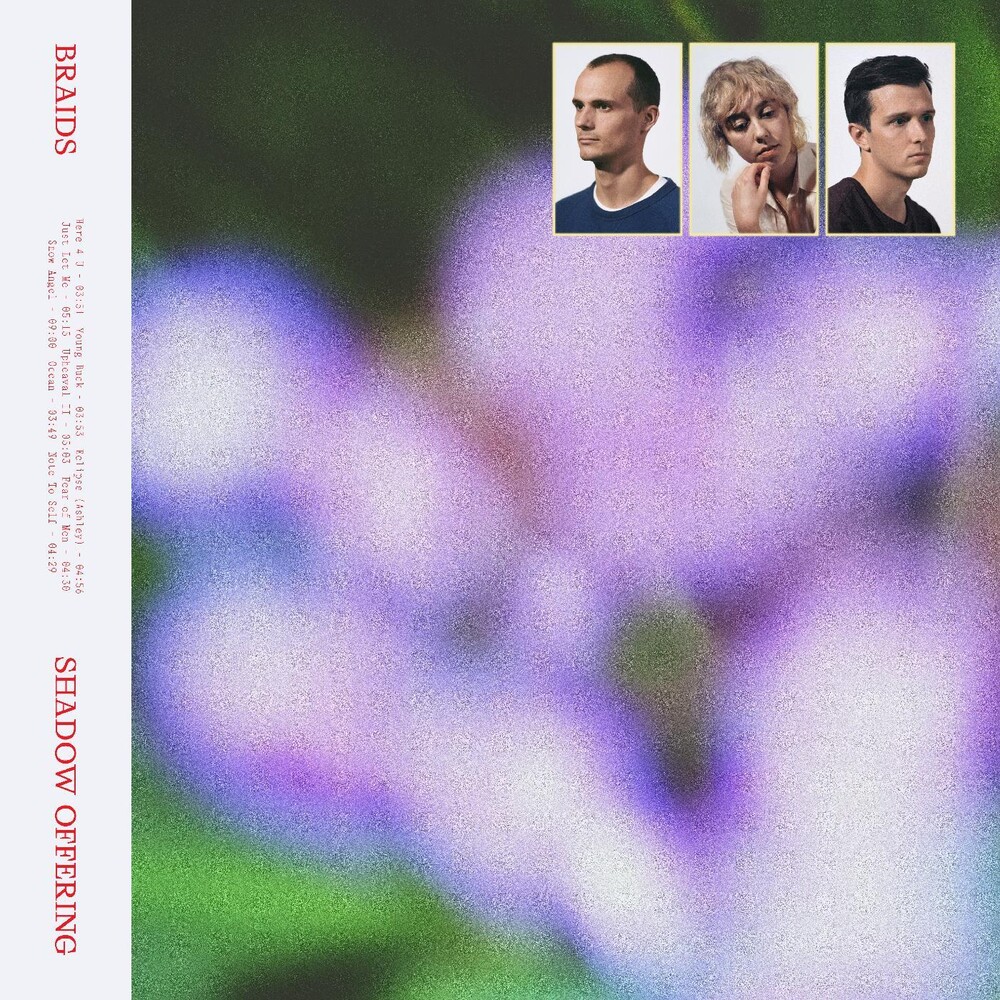 Unlike previous albums, Braids decided to stay close to home for the recording of Shadow Offering. Taking over a spacious sound recording studio tucked in an old warehouse, the band were able to slow down and creatively rediscover themselves. 'With this album, we wanted to give ourselves time to achieve a higher caliber of artistry and collaboration,' Tufts says. No longer riding the novelty of youth, the band deliberately took time to recommit to themselves and their craft, and channel new energy into their music. They wrote 40 songs. They went through their Saturn Returns. They learnt how to support one another better. They drank a lot of La Croix. The band sketched and re-sketched new material for eighteen months before lucky circumstance found Chris Walla (Death Cab For Cutie) renting out space in their studio. The four began wandering into each others' rooms, curious about each others' projects. Typically opting for a private and insular creation process, the friendship between the four saw the band sharing their songs with Walla, and naturally resulted in Walla co-producing and engineering Shadow Offering. Pushing the band out of their comfort zone, he at once broke and unified the band's dynamic, unearthing individual creative energy long buried over the years. With a new sense of confidence, listeners will find Braids at their most personal, unabashedly flexing through their new music. A luscious and expansive release, Shadow Offering leads us through a sonic tapestry of narrative. With heart-breaking honesty and precision, listeners traverse a nuanced and complicated world: one full of beautiful contradiction. Although the album directs itself at the failures of people to love and be loved, it also seeks to restore justice and attain blissful union. Its arc crests through the dark towards the light and learns how to dance with the dizzying rhythms of the heart. The songs bubble, sustain, dissolve, expand, retract. Pressed on Opaque Red vinyl.