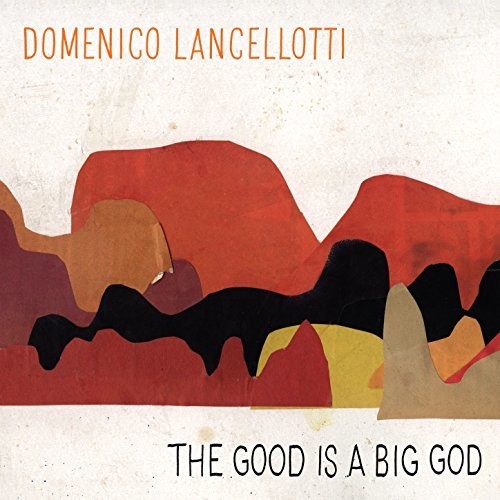 The Good Is A Big God, by singer, composer and multi-instrumentalist Domenico Lancellotti, features contributions from Nina Miranda, Moreno Veloso, Pedro Sá and Sean O’Hagan. Son of composer Ivor Lancellotti, Domenico has collaborated with various MPB (Música Popular Brasileira) names such as Adriana Calcanho]o, Marcos Valle, Caetano Veloso and Fernanda Abreu, and also participates in several projects such as Orchestra Imperial, the +2's (with Moreno Veloso and Kassin) and Ritmistas. A collection of reflective samba partially inspired by a trip taken to a Brazilian national park called The Serra dos Órgãos, The Good Is A Big God first began to take shape when Domenico was asked to take part in an artistic collaboration in the city of London during the 2012 Summer Olympics. There, he reunited with Sean O’Hagan after previously meeting during a show that paid homage to Tropicália. Before he took off for London, Domenico sent O’Hagan a few musical sketches he’d done on guitar; by the time the Brazilian made it to the U.K., O’Hagan had string arrangements to accompany Domenico’s music. Domenico added lyrics to some of these songs once he returned to Brazil and with help from friend and label mate Kassin, and additional assistance from O'Hagan, the record was finished. One can hear a sense of isolation and oneness with nature when listening to The Good Is A Big God. It’s the type of art that arrives in a calming stream of thought and is a much- needed respite from the rigors of everyday life.