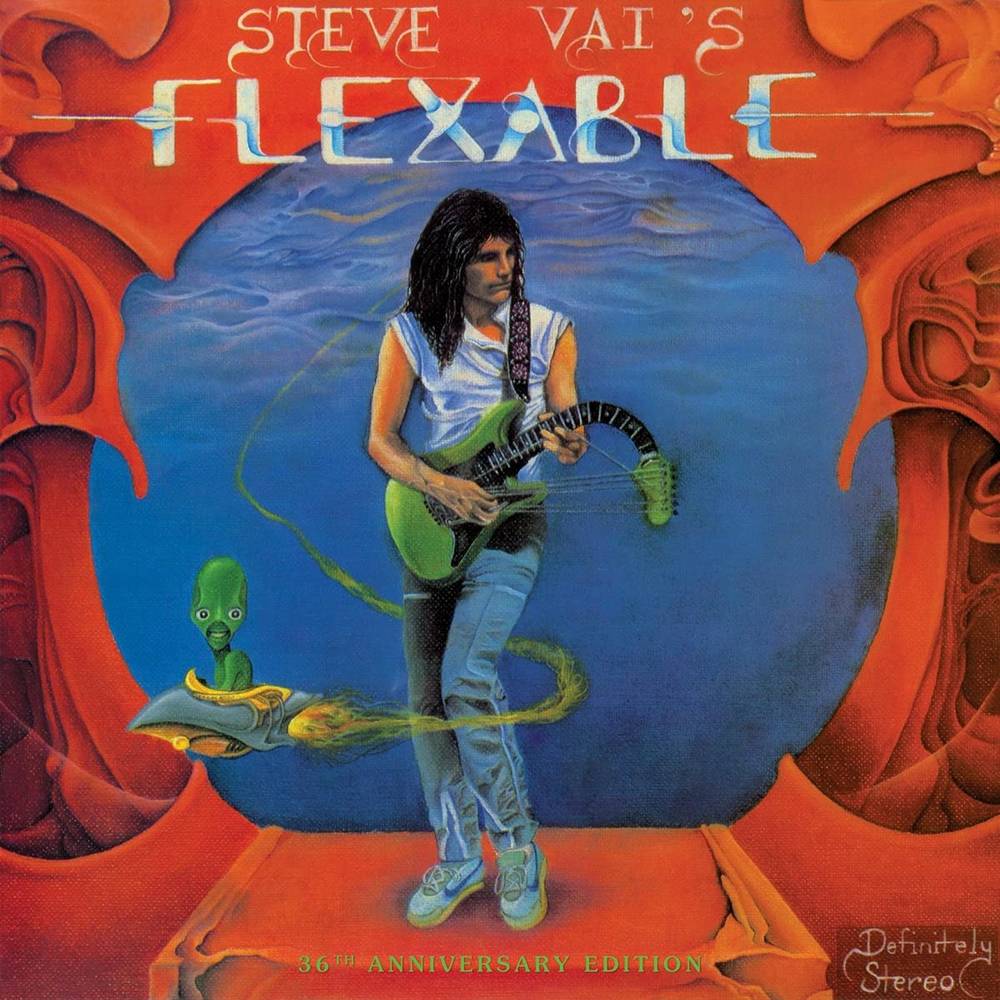 Coming fresh off his 3 year residency as lead guitarist in Frank Zappa’s band, Vai spent the majority of 1983 in the studio. These recordings resulted in the 1984 release of Flex-Able which introduced Vai to the world as a solo artist. The standout instrumental track, “The Attitude Song”, was featured in the October 1984 issue of Guitar Player magazine as the first sound sheet Flexi Disc and quickly established Vai as a bonafide and powerful innovator of guitar pyrotechnics. Flex-Able has served as an integral part of Vai’s career that paved the way for him to join Alcatrazz, David Lee Roth’s band, Whitesnake, and his follow up, platinum tour-de-force, second album Passion & Warfare. No expense or process was spared in the refurbishing and re-release packaging for Flex Able. It was remastered in 2020 by Bernie Grundman using the original Ľ” analog master tapes.