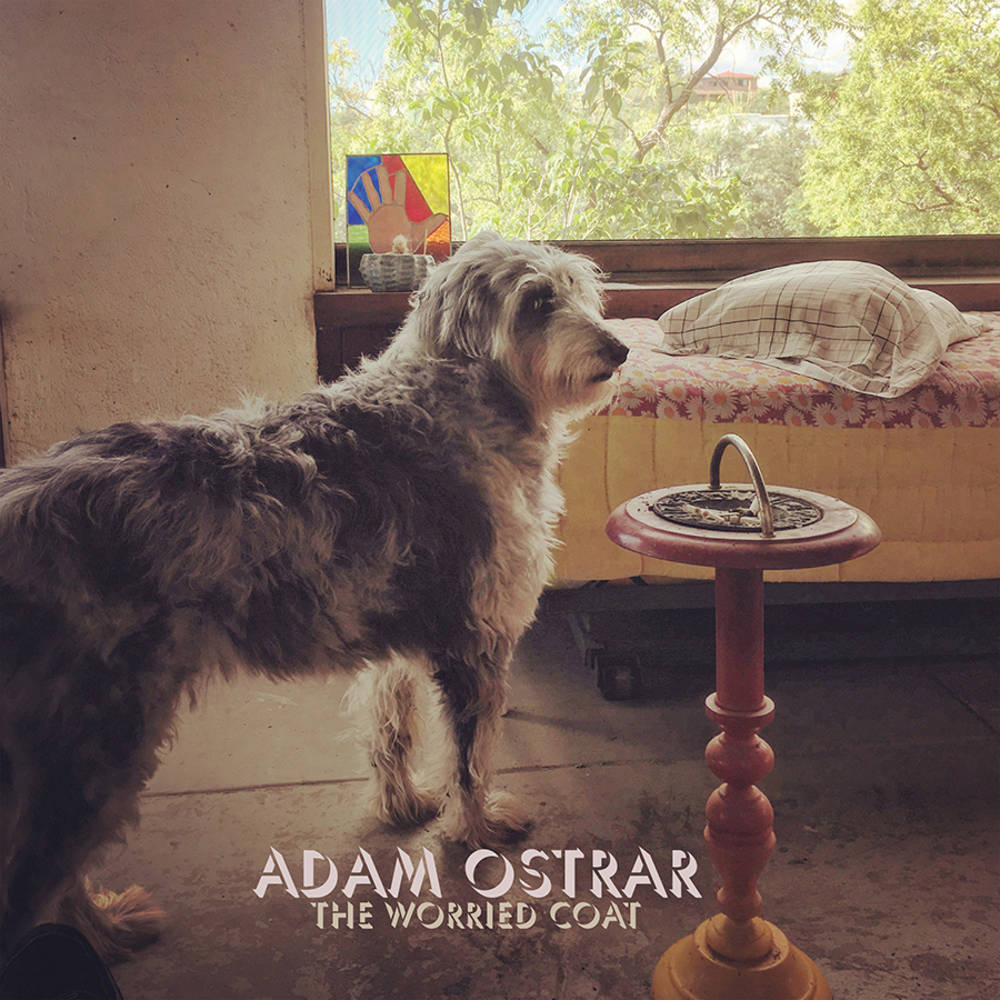 Adam Ostrar is a parent, maybe just like you, that worries about the world his kid is inheriting. He lives in an over-priced city (Austin, TX), drinks too much coffee (a bottomless cup), and suffers from insomnia (don't try to tell him this might be related to the former) and etc. He's anxious about the damaged and ravaged U.S. of A. You know, that country no one ever thought was perfect, but never knew how bad it could get. This Waking Nightmare (Trump thinks this is what "woke" means, I hear...) is what subjects the various narrators in his new album, The Worried Coat (out April 5th 2019 on Super Secret Records).Before the 2016 election, an album like this might be called a "dystopia"; now we call it "did you see what he tweeted?" On Ostrar's new album, he weaves together disparate voices, like a non-fiction version of Our Town written by Wyatt (Robert), not Wilder (Thornton). There's no "good guys" or "bad guys"; there's no "white hats" and "black hats"; there's no "red" and "blue". There's just a lot of under- medicated neuroses bringing out nastiness and empathy in these sonorous participants. Or, as Ostrar explains when nudged for a TV Guide asterisked pick-of-the-week summation, "It's twelve narratives on otherness, self-identity, and our personal relationships with anxiety. How we often betray our best intentions through willful ignorance."Ostrar creates these characters over the course of 12 songs, each wearing a different hat: In "Alex the Cretin" you hear the evangelical snake-oil salesman high on Wizard A True Star-era Rundgren; "Bloody Waves" is the Bossa Nova buoy of a refugee's displacement; in "Kansas City," we hear Kevin Ayers, as Joe the Plumber, looking backwards on his false nostalgia; "Stormed the Beach" is the sound of Cluster employed by Greenpeace; "Walk the Savages Home" is the gurgle of Nativism and Corruption; And in "Morning Said," Ostrar drops his tuning down to D and fills the page with pre-Page accent riffs while speaking to our forgotten good intentions.Recorded in part in Mexico City courtesy of Richard Davies (The Moles) hand-me-down studio time and the other half at a ranch in the Sonoran Desert of Arizona, Ostrar wrapped and warped his Gretsch Country Gentleman guitar around these groovy nuggets of capitalistic despair, cretinism, gas lighting, nationalism and nativism, false heroism, and that good-time tug-of-war (psssst, this game is rigged) called Inherited Wealth vs. Inherited Debt. But he wasn't alone in making this album, so don't worry too much about him. He brought along Michael Krassner (Boxhead Ensemble, Lofty Pillars), Wil Hendricks (Califone, Simon Joyner), and Stephen Patterson (Hamilton Leithauser, White Rabbits).This is Ostrar's second solo album, the follow-up to 2017's Brawls In the Briar. Before that, he led the early 2000 shag-carpet art-punk of Manishevitz, an early Jagjaguwar band that toured with The Mountain Goats and Edith Frost before the Internet tracked these things. When he isn't stressing out, you can find him teaching guitar and Ubering to gigs in Austin, Texas. Some days he has a beard, some days he doesn't. The Worried Coat is Ostrar at his best even though 2018 wasn't the best year. So take your own Worried Coat out of the closet and bundle up with him. It's getting colder.