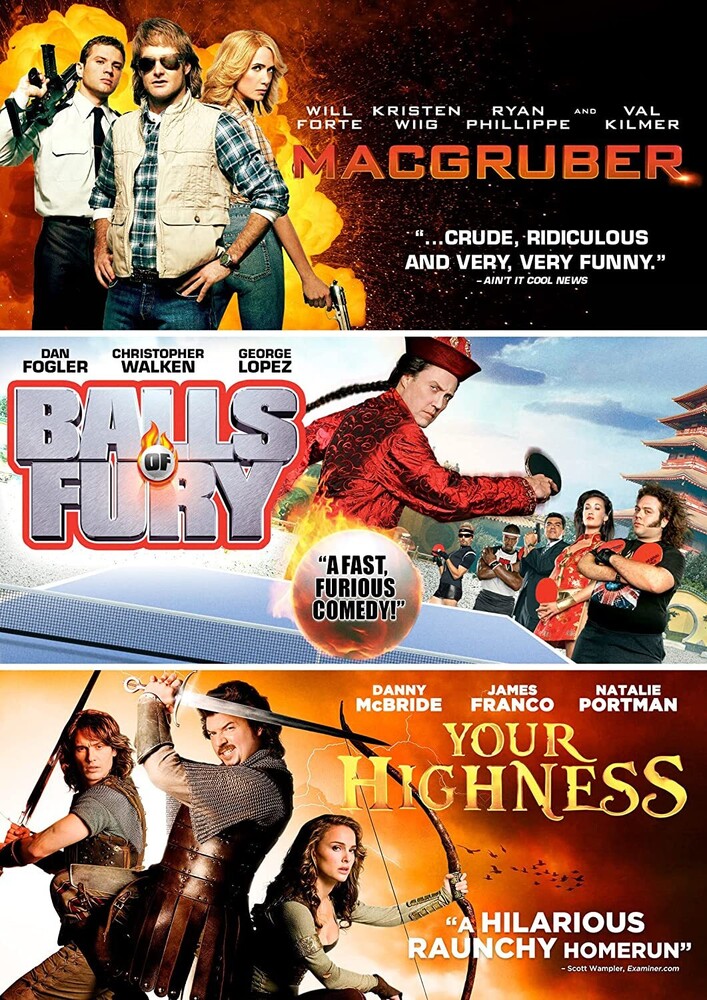 The legendary MacGruber faces off against his nemesis Dieter Von Cunth, who is threatening to level Washington, D.C. with a nuclear warhead.

An arrogant and chivalrous prince and his scoundrel brother must work together to rescue the prince's bride-to-be from an evil sorcerer.