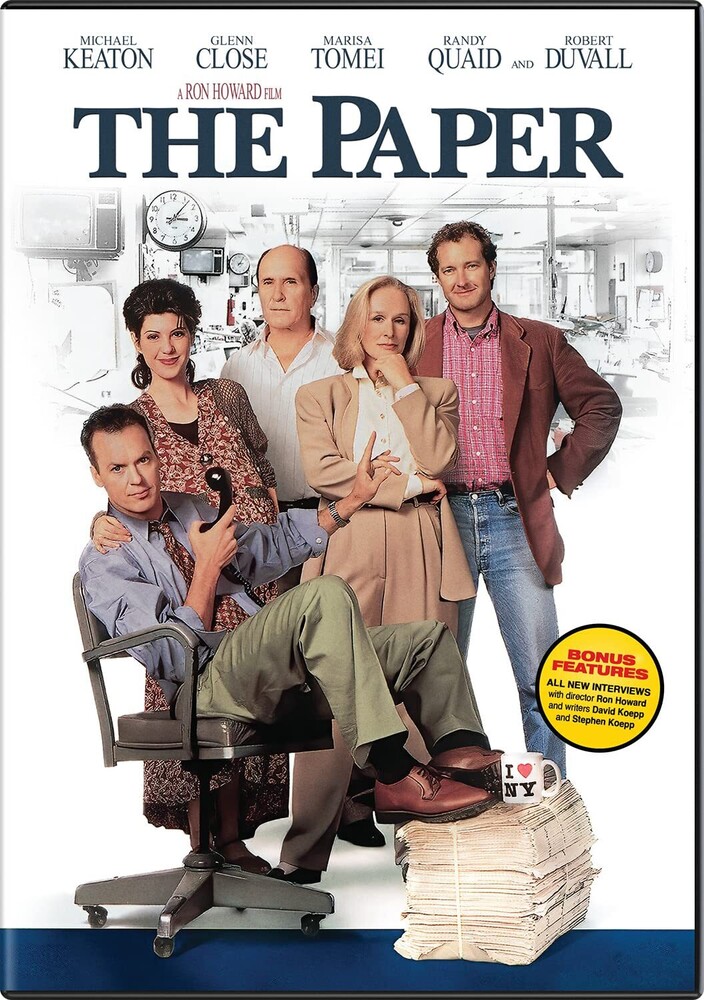 It's editorial bedlam during the course of one hectic, twenty-four-hour period at the New York Sun. In order to make the morning edition and scoop the competition, Henry Hackett (Michael Keaton) must race against the clock to expose a major scandal, or two innocent men will go to prison. Thwarting him at every turn is his ambitious managing editor (Glenn Close), who seems more concerned with staying on budget than printing the truth. At the same time, Hackett's wife (Marisa Tomei) is about to give birth to their first child, and she's pressuring him to take a cushier, less demanding position with a rival newspaper. Meanwhile facing their own private demons are columnist Dan McDougal (Randy Quaid) and senior editor Bernie White (Robert Duvall). Also featuring Catherine O'Hara, Jason Alexander and Jason Robards in headline-grabbing performances, The Paper is hailed by US Magazine as "One of the most entertaining movies to come out of Hollywood in years."