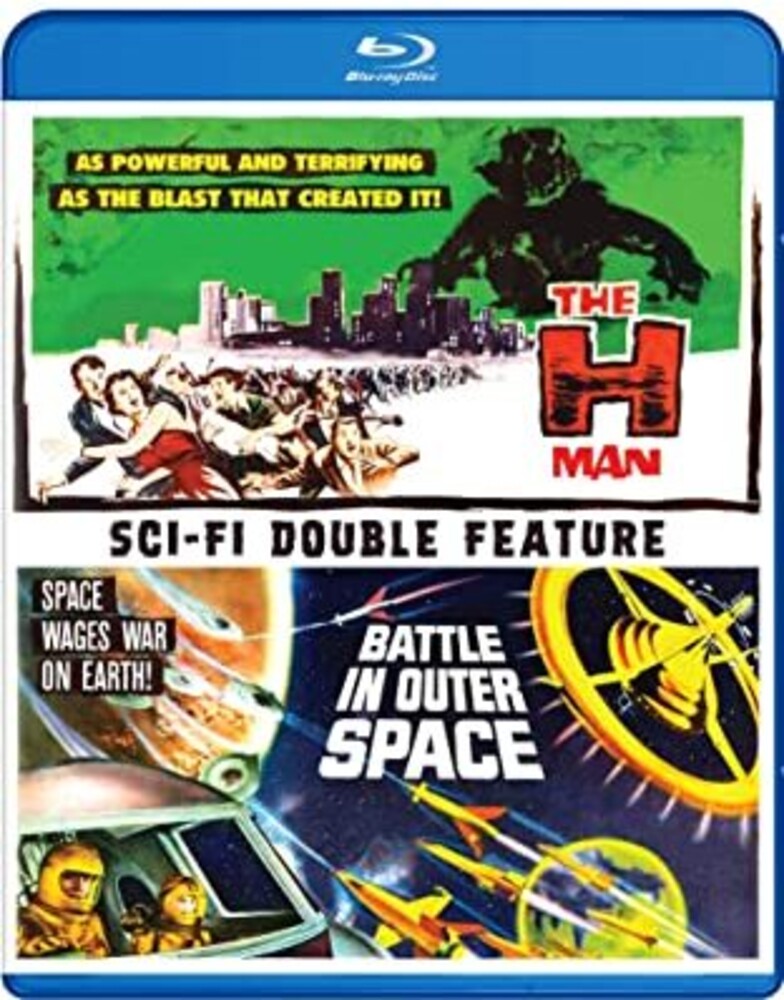 Two-disc set includes: The H-Man (1958)Fallout from hydrogen bomb tests is turning people into blobs of oozing, radioactive green goop that travel through sewers and have a taste for human flesh, in this sci-fi/horror gem from Toho. Can the monsters be stopped before it's too late? Kenji Sahara, Akihiko Hirata star. Japanese version; 88 min./U.S. version; 79 min. In Japanese with English subtitles/Dubbed in English. C/Rtg: NR Battle In Outer Space (1959)As Earth is rocked by a string of inexplicable disasters, the world's super powers put their differences aside to discover why... and trace the cause beyond the stars to the diminutive alien race called the Natalians. As multinational forces rocket to take the fight to the invaders, can mankind withstand a devastating saucer assault on our major cities? Matinee staple from Toho stars Ryo Ikebe, Kyoko Anzai, Koreya Senda, Minoru Takada, Leonard Stanford. 90 min. In Japanese with English subtitles. C/Rtg: NR Widescreen; Soundtracks: Japanese, English; Subtitles: English.