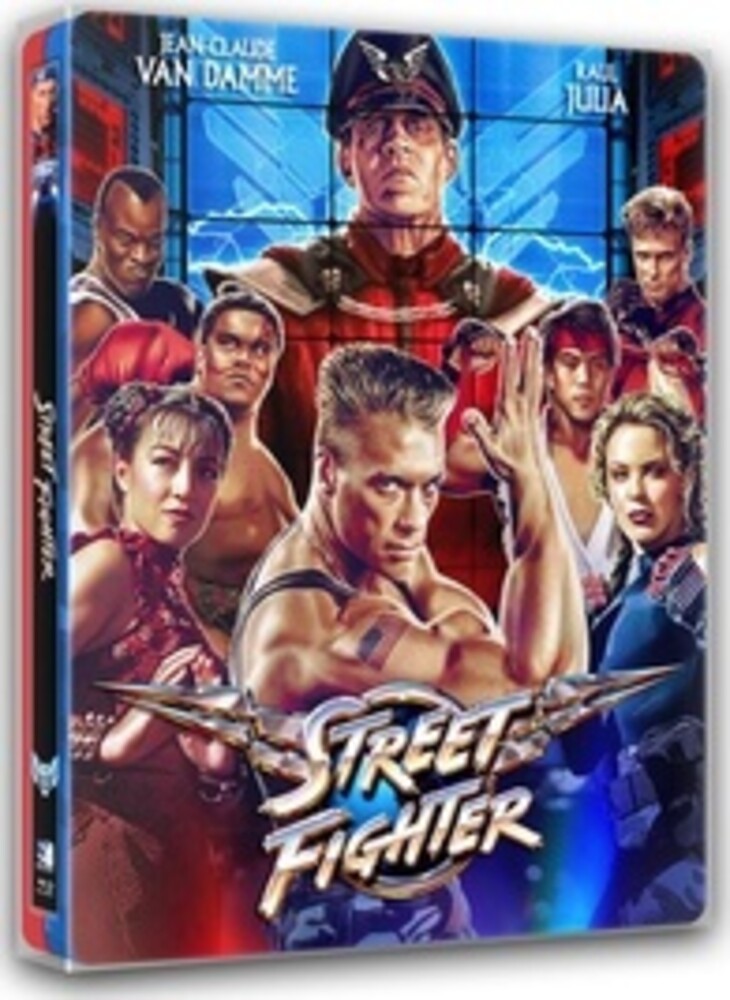 Action Is The Name Of The Game with this Special Edition Steelbook!

Based on the massively popular video game franchise, this adrenaline-pumping adventure stars martial arts superstar Jean-Claude Van Damme (Double Impact, Kickboxer) as Colonel Guile, who leads an international strike force against the mad General M. Bison (Raul Julia - The Addams Family, Presumed Innocent). Bison, who has hatched an evil plan for world domination, takes dozens of relief workers hostage and gives the world only 72 hours to respond to his twisted demands. In that time, Guile must find the captives and confront Bison in an electrifying battle for the fate of the free world. Along the way Guile recruits intelligence officer Cammy, reporter and martial arts expert Chun-Li, two young con men Ken and Ryu, and a sumo wrestler E. Honda.