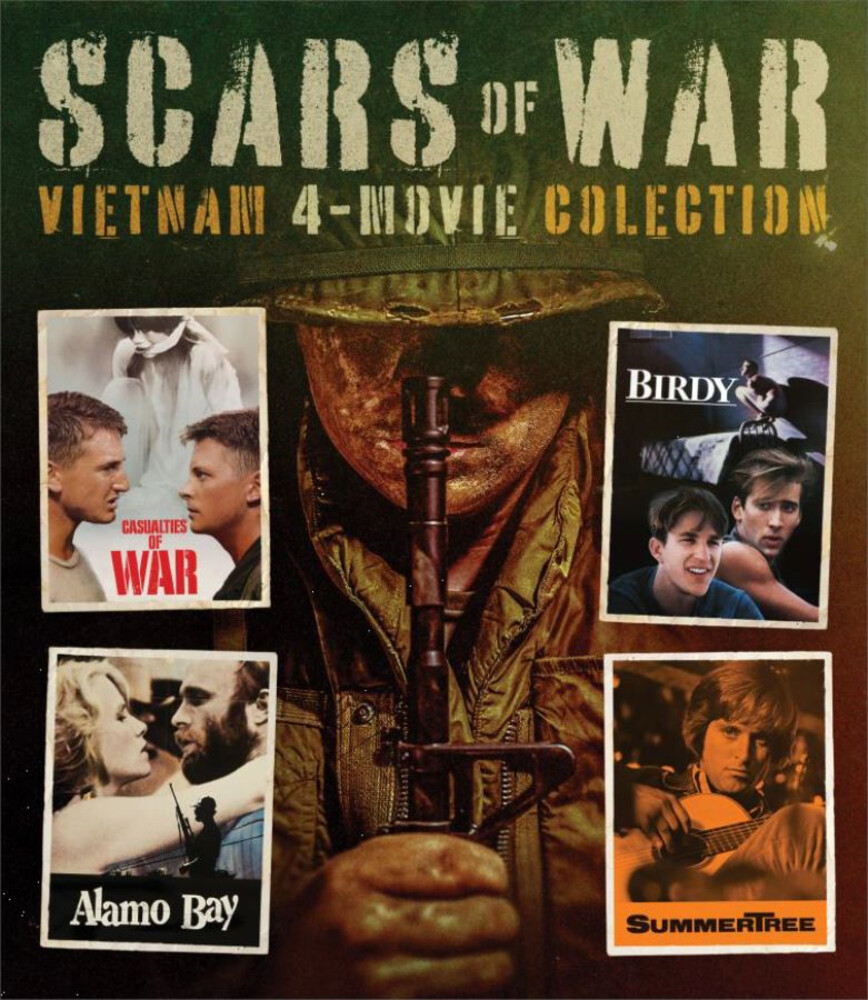 A star-studded collection of mesmerizing early performances under the harrowing circumstances of the Vietnam War with 4 films that examine the consequences of war on both the soldiers and the families they leave behind.

Casualties of War - During the Vietnam War, a soldier finds himself the outsider of his own squad when they unnecessarily kidnap a female villager.

Alamo Bay - A despondent Vietnam veteran in danger of losing his livelihood is pushed to the edge when he sees Vietnamese immigrants moving into the fishing industry in a Texas bay town.

Summertree - An aspiring musician tries to be a role model to a troubled youngster and has an affair with a nurse whose husband is fighting in the Vietnam War. When he is called up for military service himself, he decides to flee to Canada, creating tension with his father.