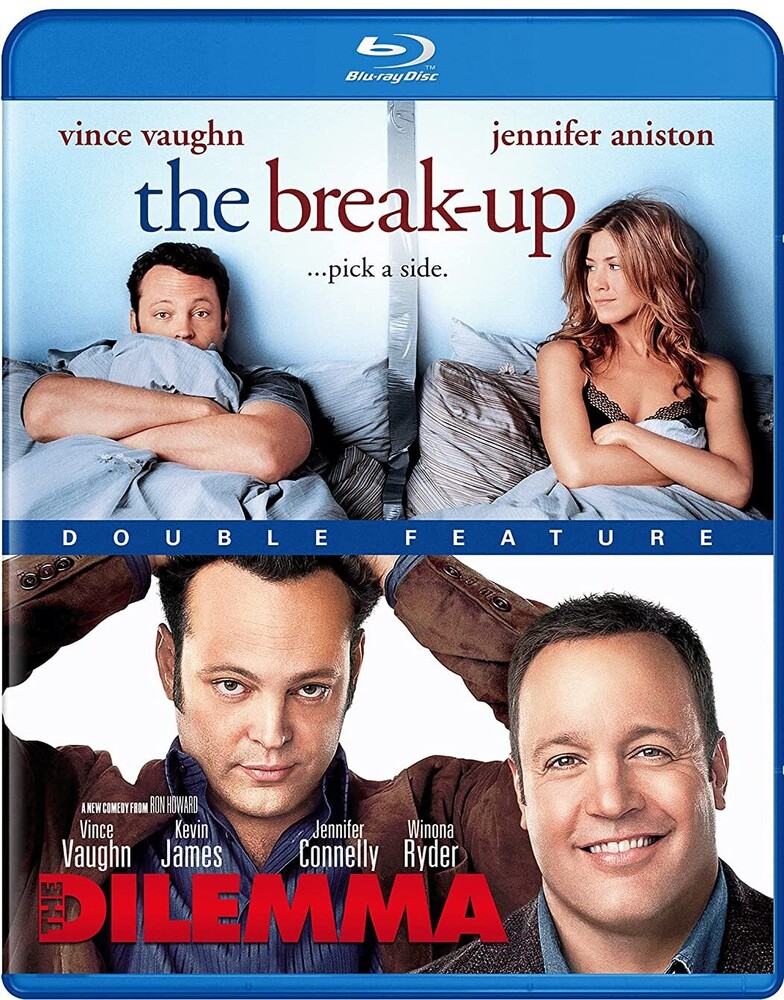 Two Vaughns are better than one!

THE BREAK-UP - Vince Vaughn and Jennifer Aniston star in the charming and unpredictable comedy THE BREAK-UP. After two years together, Gary and Brooke's relationship seems to have taken a comical wrong turn on the way to happily ever after. Now the break-up is on, the lines have been drawn, and their honest feelings for each other are coming out. Get ready for an all-out war of the exes in this fun date movie that's hilarious and heartfelt.

DILEMMA - Vince Vaughn and Kevin James headline this laugh-out-loud all-star comedy from director Ron Howard about a man who finds out the Truth Can Hurt! When Ronny (Vaughn) sees the wife of best mate Nick (James) kissing another man he makes it his mission to get answers. As his investigation dissolves into comic mayhem and crazy farce, Ronny learns Nick has a few little secrets of his own!