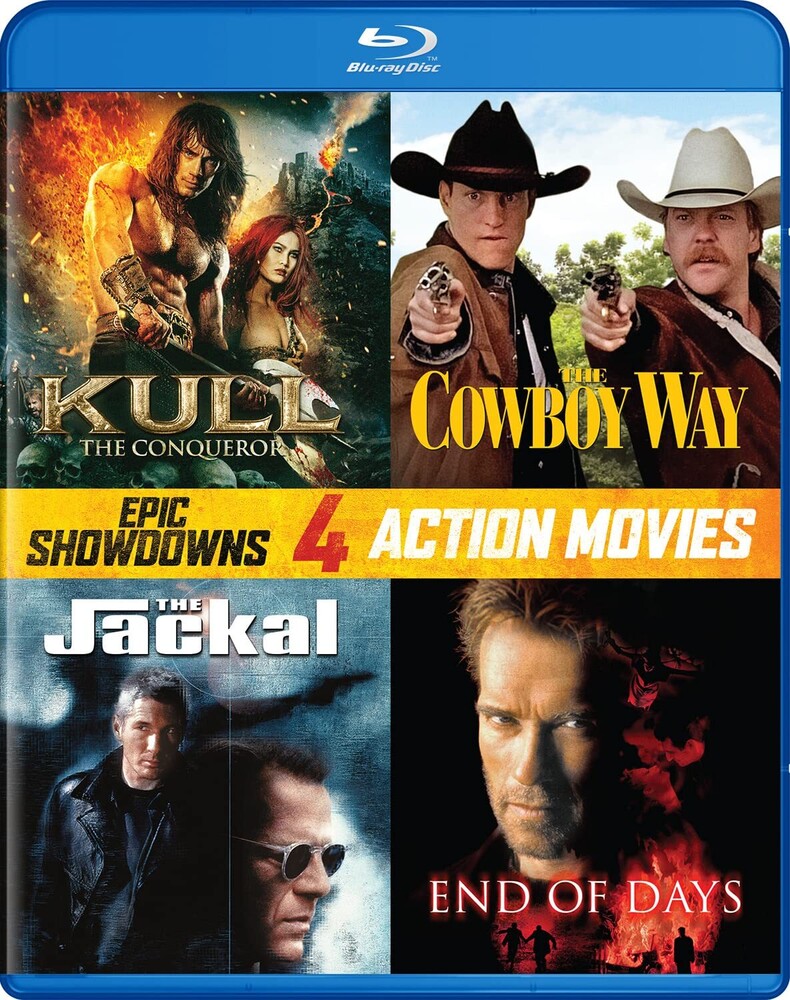 A barbarian warrior becomes a king when he defeats a king in armed combat and the king's heir conspire to overthrow him and reclaim the throne by resurrecting an evil sorceress.

Two childhood friends who are rodeo cowboys travel from New Mexico to New York City searching for a friend who disappeared while looking for his daughter, who's just been smuggled into the US from Cuba.

An imprisoned I.R.A. fighter is freed to help stop a brutal, seemingly "faceless" assassin from completing his next job.

At the end of the century, Satan visits New York in search of a bride. It's up to an ex-cop who now runs an elite security outfit to stop him.

Woody Harrelson, known for Zombieland, No Country for Old Men, and Cheers

Kiefer Sutherland, known for Stand By Me, 24, and The Lost Boys

Sidney Poitier, known for To Sir, with Love, Guess Who's Coming to Dinner, and Lilies of the Field

J.K. Simmons, known for Spider-Man 2, The Legend of Korra, and Whiplash