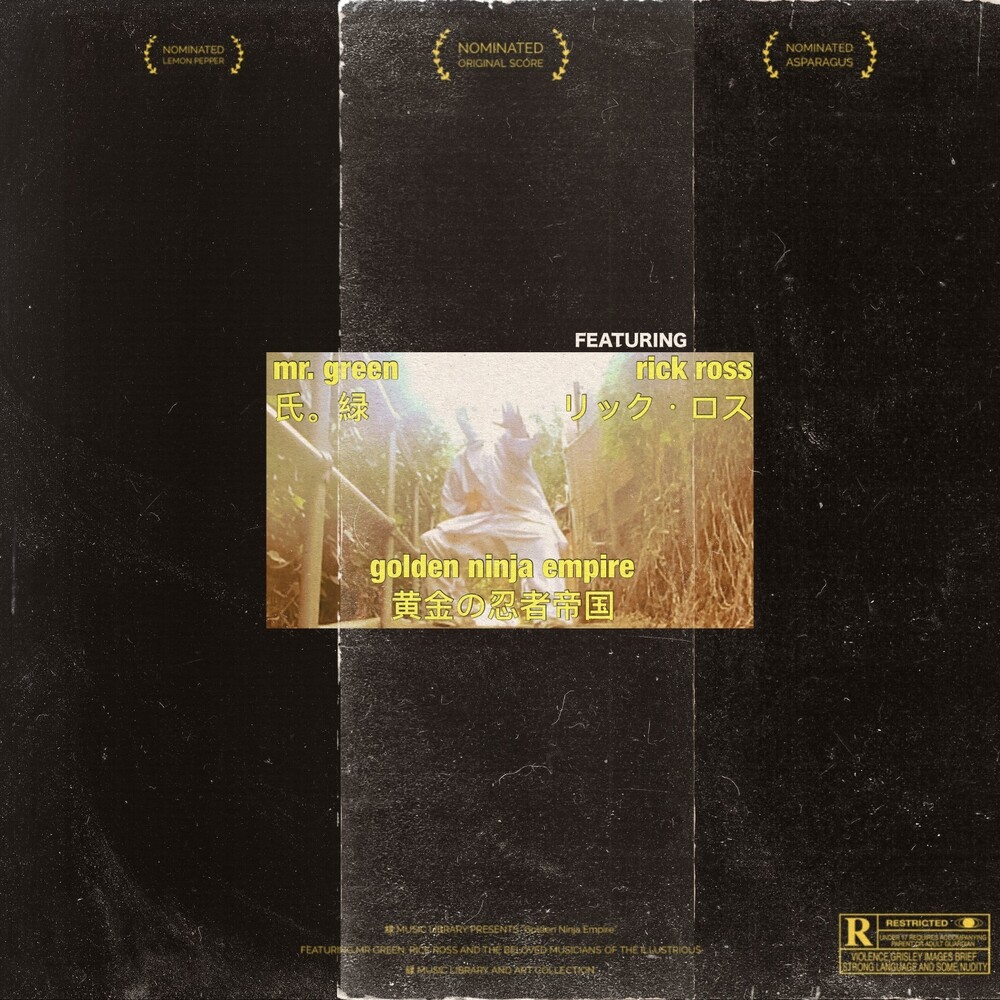 Another record in the "Ultimate Supreme Ninja Champion" series, loosely based around 1980s bootleg ninja movies. The a-side is a rap song produced by Mr. Green featuring Rick Ross with the songs instrumental and drums also included. The b-side is music from the ? music library which is a modern collection of vintage movie scores and soundtracks.