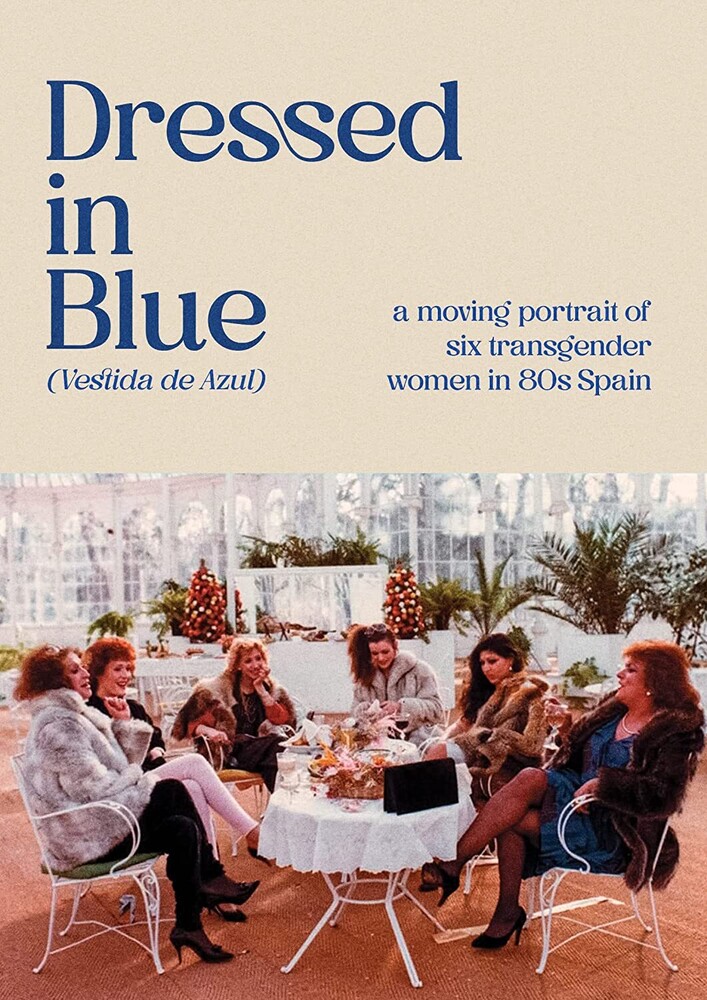 One of the best trans films you've likely never heard of, Antonio Giménez-Rico's landmark 1983 documentary Dressed in Blue (Vestida de Azul) explores the lives and loves of a group of six transgender women living in Madrid in the years following Spain's transition to democracy. But more than that, it's a loving portrait of a culture finally emerging from the shadows after being hidden for far too long. Antonio's portrait of these women gave them the freedom to portray their own stories with their own friends & family, but in a stylized scripted narrative framework with gorgeous cinematography by Teo Escamilla. The stories of Eva, Nacha, Loren, Josette, Reneé & Tamara were never properly released outside of Spain and never available on home video, but finally Altered Innocence and Anus films is proud to present this vital testament to just how far we've come-and how far there's still left to go.