The Way Down Wanderers - More Like Tomorrow | RECORD STORE DAY 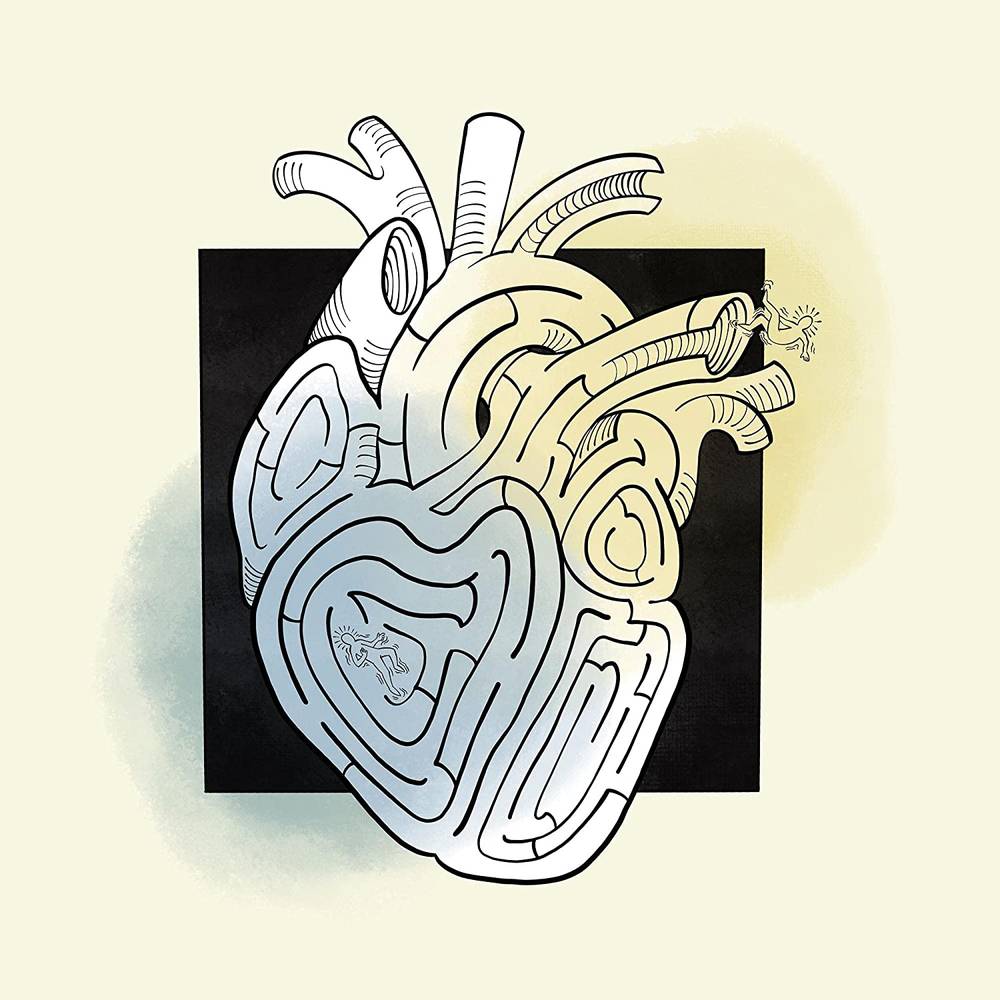 The Way Down Wanderers sing like angels but write songs with guts that are unmistakably earthbound: a soon-to-be dad, excited but scared, fighting for self-growth; someone recovering from alcohol dependency, devoted to healing but with a confession to makeľľthere are no fairytales here. And yet, the music begs an unapologetically Pollyanna question, like a big-hearted dare: Can a song help save you?

With More Like Tomorrow, the five-piece band from Peoria, Illinois, has emerged not just as quirky bluegrass kids with a habit of experimentation, but as confident purveyors of some of the most sophisticated roots-pop anywhere.

ôI love it when the song itself dictates the sonic arrangementľľthe pop sensibilities or Americana we can throw in there,ö Collin says. ôI think just allowing the song to exist as its own entity is really important.ö

Every song on More Like Tomorrow stands alone but works with the group to achieve something biggerľľmuch like the Way Down Wanderers themselves. Collin and Austin met as teenagersľľat 15 and 19, respectively. Multi-instrumentalist Austin was drumming in a rock band at the time, while Collin was playing mandolin and fiddle in a bluegrass-leaning folk outfit. The two felt like brothers fast. A few years later, Austin married Collinĺs older sister, making the two men who met and connected as boys actual family.

To form the Way Down Wanderers, Collin and Austin welcomed jazz percussionist John Merikoski, classical upright bassist John Williams, and banjo player Travis Kowalsky. The quintetĺs years on the road have built a devoted grassroots following, which the band cherishes. Collin points to the connection with audiences as a key cultivator of their latest songwriting. ôHaving a group that listens and absorbs your music who you can identify with as a community rather than just fans opens us up as writers to feel more comfortable about openly discussing personal things that weĺve been through in a song,ö he says.

Album opener ôCodeine, Rest, & Lonelinessö is a stunning example of what the Way Down Wanderers can do with that comfort. Co-written by Collin and Austin, the song is a breathtaking vocal and instrumental showcase, filled with soaring harmonies, intimate solos, and dizzying strings. Part mournful cry, part joyful tribute, ôCodeine, Rest, & Lonelinessö was inspired by the loss of two friends who died young. Both of the writers count the song as their favorite on the record.

With piano-pounding, jam-band swagger and a message of interconnectivity and hope, ôThe Wireö is a singalong just waiting to be shouted back to the stage. Leaning into a scratchy pop-train beat, ôHard Timesö points to the rejuvenation made possible in the trenches of tough stuff. With poignant guitar tone that rings out like a bell and tender lead vocals, ôDark Marksö rests easily and gratefully in the comfort of home and love.

Stark bass kicks off ôForever,ö a moving meditation on the changes demanded after becoming a parent. ôMy wife and I recently had a son, and itĺs been absolutely amazing, but itĺs definitely brought about some of the more stressful situations weĺve been through,ö Austin says. ôHaving kids just shows you parts of yourself that you need to fix. It really shows you what you need to do to be the best person you can beľľmore so than anything else Iĺve found.ö Bouncing ôTwo Parts One Heartö captures fatherhoodĺs wonder and joy in line after witty line.

A feat of melodic funk, ôHidingö is a warm embrace of self, from expression to acceptance. Full of claps and stomps, jaunty album closer ôEverythingĺs Made of Sandö peddles kindness for kindnessĺ sake rather than to please a higher power, and luxuriating in transience instead of fearing it.

Highlights ôParkside Driveö and ôLove is My Gospelö carry the recordĺs overarching messages of self-accountability and love in different ways. Heart-heavy but determined, ôParkside Driveö relies on vulnerable vocals that swell into a chorus of powerful repetition. Collin wrote the song, a complex dual narrative inspired by true stories. As he documents his own recovery from alcohol dependency, Collin also memorializes a neighbor who sometimes wanted a little more time than Collin wanted to give. Suffering in silence, the neighbor ultimately took his own life. Collin pays tribute, searches for strength, absolves himself, and commits to a better standard in less than three mesmerizing minutes. ôI guess I felt a personal responsibility to write the song, and it was a hard song to write. Itĺs a really emotional song to perform,ö he says. ôI think itĺs some of the most vulnerable lyrics Iĺve ever written. I also think itĺs crucial to my recovery process. Itĺs affected the way I treat people or even think of strangers.ö

Warm and full, ôLove is My Gospelö balances gratitude for love and partnership with the knowledge that everyone doesnĺt have it. Praise for love as a guide rolls into musings on inequality and privilege. ôI have this idea as a writer that a song doesnĺt have to follow one specific message,ö Collin says. ôI was just realizing how fortunate I am in my life to have a partner I love so much, but then, I was thinking simultaneously about how there is a lot of sorrow in the world. Just being a white person in Americaľľmy privilege could be the cause of someone elseĺs deprivation. Thatĺs something I try to be aware of.ö The messages emerge as two sides of the same coin: By trusting love, we are open to empathyľľwhich means we must hold space for sorrow and otherĺs experiences. The song is masterpiece of writing and performance.

Working in that sweet spot where self-acceptance and rejection of the status-quo collide, the Way Down Wanderers hope listeners can find their own personal applications and understandings of the new songs. ôConnection, release, relatabilityľľmaybe hope, or confidence, or reassurance,ö Austin says. ôI hope that people kind of weave these messages into their lives in their own positive way.ö