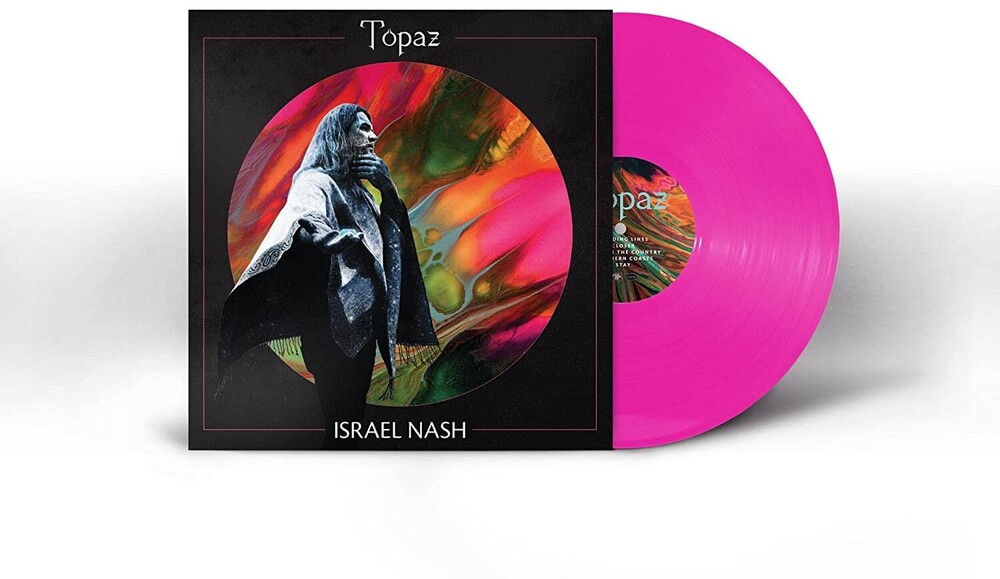 Limited pink colored vinyl LP pressing. "Music can be the space where people think - even just for a few minutes," says Israel Nash. "The space is not about changing their lives or political views or their party ticket. It's about creating something that prompts reflection in a moment - and those reflections have other chain reactions." Nash's magnificent new album, Topaz, is what happened when he found his answers. Nash recorded the album over the course of about a year in the Quonset hut studio he built about 600 feet from his house in the Texas Hill Country. While musician friends from nearby Austin contributed to the project, Topaz marks the first album Nash has recorded mostly on his own, both taking his time and relishing his newfound access to immediacy, punching the red button moments after an idea hit. "It's allowed me to capture sounds and ideas, to really get stuff out of my head and into the world so quickly," Nash says. The resulting Topaz is a triumphant rock-and-roll experiment, full of fat horns, gospel choruses, swagger, hope, and pain. The meaty rock foundation with touches of psychedelia and skylark folk that fans have come to love are still here, now with a soulful heft that nods to Muscle Shoals and Memphis. Political and personal, Topaz is moody and vast, cohesive and compelling.