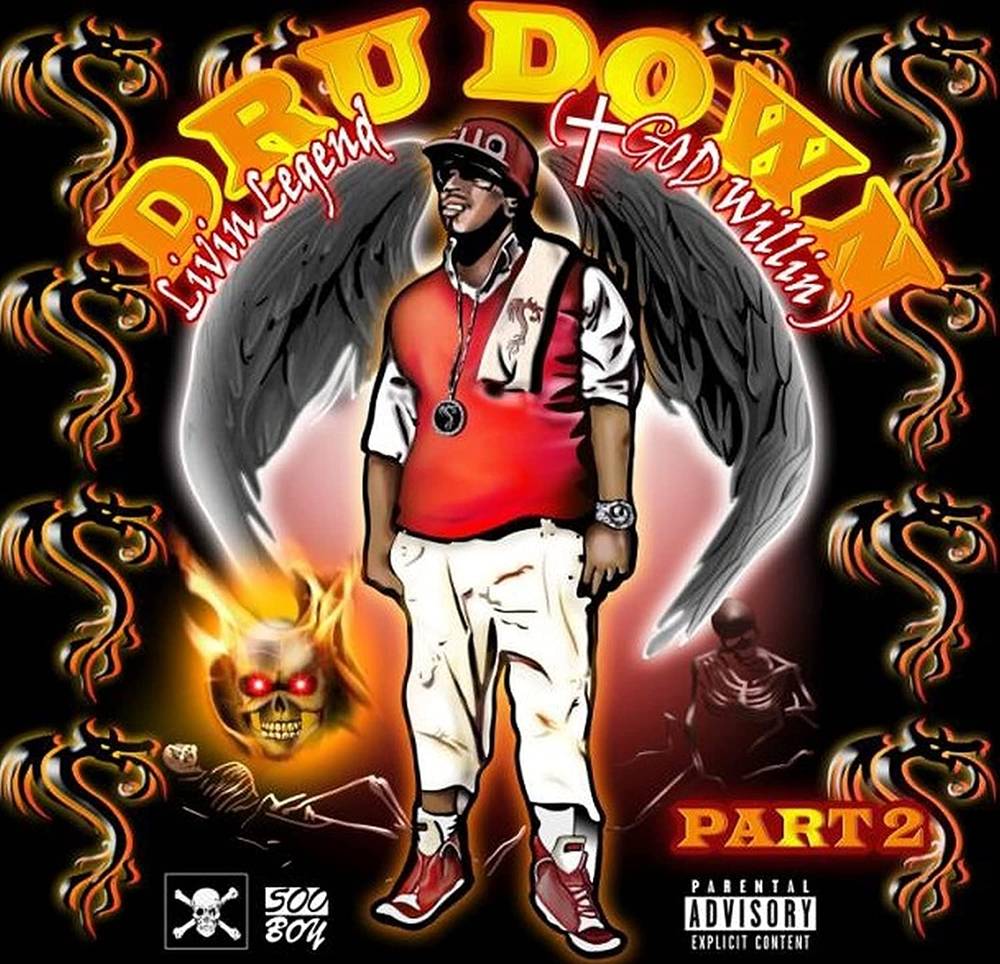 For fans worldwide of Too Short, E-40, Spice 1, Celly Cel, Suga Free and Bay Area Hip Hop! Dru Down released his debut album Fools from the Streets in 1993 to moderate success in the Bay Area. The local success of his album led to him being signed to Relativity Records, a Sony Music imprint to release his second album Explicit Game in 1994. The album spawned Dru Down's most successful single to date, “Pimp of the Year”, which peaked at #65 on the Billboard Hot 100. The single stayed on Billboard for 24 weeks. Dru Down's third album, Can You Feel Me, was released in 1996, and spawned a single of the same name that was a minor but commercial hit. It also featured Dru Down's first collaboration with his father, Bootsy Collins, which was followed by a guest appearance on Collins' album Fresh Outta 'P' University. Can You Feel Me peaked at #54 on the Billboard 200, and was critically praised, receiving a 4/5 star rating from Allmusic. That same year, Dru Down began his acting career, appearing in the movie Original Gangstas as Kayo. He also appeared on the 2Pac song "All About You" from 2Pac's fourth studio album All Eyez on Me. Dru is set to release Livin Legend (God Willin) Pt. 2, the follow up to the 2020 release of Livin Legend (God Willin) Pt. I.. The first single “What Are You Lookin At” will be serviced to streaming outlets on April 16th.