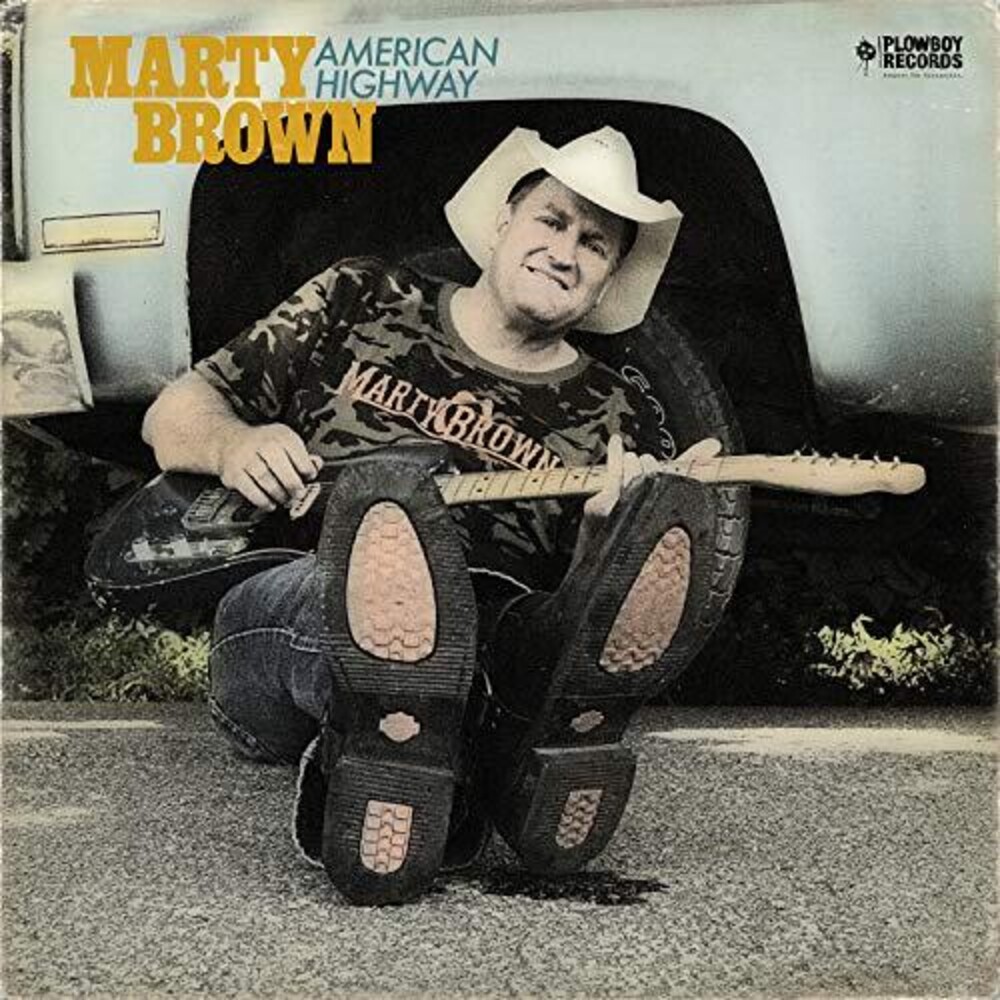 Re-imagined, refined, revived are the words that best describe Marty Brown and his new album, AMERICAN HIGHWAY, on Plowboy Records. After a two-decade self-imposed "break" from major recording, Marty Brown hit songwriter and producer (I'm From the Country/Tracy Byrd, When I Stop Loving You/Trace Adkins, It Ain't Me If It Ain't You/Brooks & Dunn) returns with a tour de force co-produced with the revered Jon Tiven (B.B. King, Wilson Pickett, Waylon Jennings) who co-wrote nine of the disc's 10 songs with Brown, and one with the addition of Marty Brown, Jr. The result is an embrace of - and homage to - Country's foundational genres. From Gospel to Blues to traditional Country, Rockabilly and beyond, Brown has pulled these various threads together and created a tightly woven masterpiece. Brown views AMERICAN HIGHWAY as his "Rembrandt" or "Michelangelo," an achievement that marks his far-reaching and creative best. Like Rembrandt's use of light and shadow to focus the viewers eye, Brown's songwriting and vocal stylings create contrasts to draw to draw in the listener. One song best represents Brown's current mindset: "I'm On A Roll (Better Than It's Ever Been)" is a happy song that validates the contentment found in facing challenges and coming through to the other side. Topics vary throughout the project, from the fun and funky of "Casino Winnebago" to the world-aware "wokeness" of "Mona Lisa Smiles." From the big-city vibe of "Umbrella Lovers" to the raw, Springsteen-esque channeling found in the title track, the disc is an iron fist in a velvet glove that grabs on immediately and gives a knockout punch. The deceptively simple "Kentucky Blues" offers a counterpoint to the surprising globalism found in "Shaking All Over The World," while hearts grow an then separate in the reality of "Velvet Chains." Marty's voice is honest and on point; he nails every performance with nuance and grace. This is an album for everyone who loves honest music.