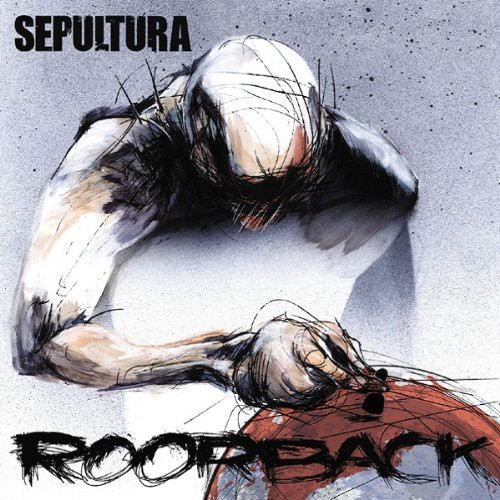 ''Roorback'' is the ninth studio album by Brazilian thrash metal band Sepultura, released in 2003. It is their first release through SPV Records. The songs "Mindwar" and "Bullet the Blue Sky" were released as singles and music videos.

The digipak version (released everywhere except the USA) contains the ''Revolusongs'' EP and the video for "Bullet the Blue Sky". "Roorback" refers to "black propaganda". - Wikipedia

By nature, most heavy metal bands are guilty of a number of deadly sins-you just wouldn't expect pride to be one of them. But it's difficult to imagine any other reason (although greed is a certainly a possibility) why the once mighty Brazilian post-thrashers Sepultura would carry on so long after the departure of adored frontman and creative force Max Cavalera in December of 1996. In the face of declining record sales and dwindling relevance, the Sep's ninth studio album Roorback encapsulates a number of other potentially deadly creative and commercial offenses. The most evident faults being an utter lack of direction and no clear sense of urgency-in fact, at their best, they're only able to reconstruct shoddy versions of their past glories. But the biggest problem with Sepultura right now is that they're just plain boring. Take "Come Back Alive," which is an acceptable opener but stack it along side "Arise," "Refuse/Resist" or even "Sepulnation" from the band's last studio album, 2001's Nation, and its deficiencies are obvious. The aptly named "More of the Same" and remarkably unmemorable "Corrupted" highlight part of the problem; the mind-numbing, monotonous guitar sound of guitarist Andreas Kisser, courtesy of producer Steve Evetts. Or perhaps more accurately, it's that three post-Max albums in, the band still haven't properly addressed their most glaring need-a second guitarist.

That doesn't leave vocalist Derrick Green very much to work with. Sure he sounds fine, even broadening his vocal range on "Urge," throwing in hints of soul music to his powerful delivery. But without the proper musical help from the rest of the group, Roorback just sounds like a band going through the motions. And that, for any musician, is perhaps the greatest sin of all.