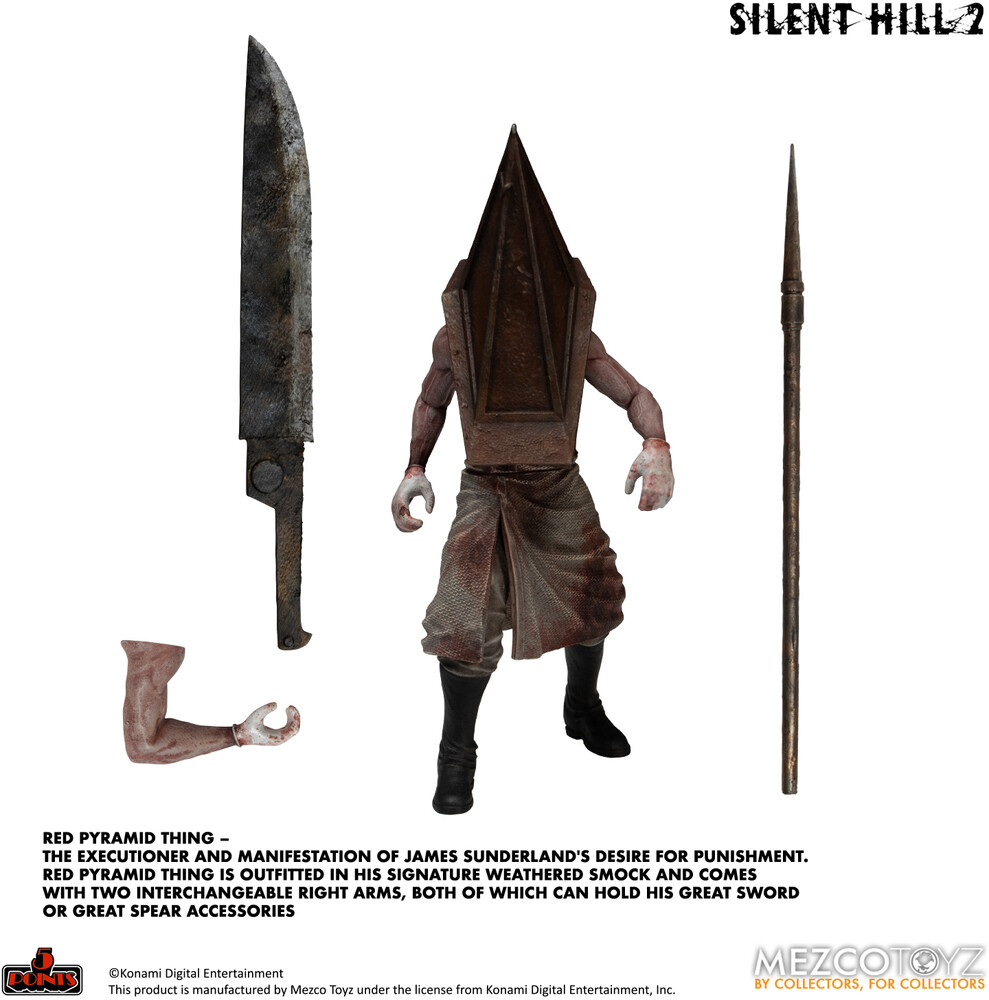 "What the hell is it? Whatever it is, it's not human."

Your worst nightmares have become personified as the horror of Silent Hill lurks behind every door, around every corner, and at the end of every dark corridor.

5 Points are Mezco's upgrade to the articulated action figures of yesteryear. These highly detailed, posable action figures feature some of pop culture's most familiar faces, both old and new.

Bubble Head Nurse - the shrieking and gurgling monster known for her spastic movements. The Bubble Head Nurse is outfitted in a nurse's uniform and comes with two interchangeable right arms, both of which can hold her rusted pipe accessory.

Red Pyramid Thing - the executioner and manifestation of James Sunderland's desire for punishment. Red Pyramid Thing is outfitted in his signature weathered smock and comes with two interchangeable right arms, both of which can hold his Great Sword or Great Spear accessories.

The double-sided diorama features the decrepit halls of Brookhaven Hospital on one side, and the nightmarish basement of the hospital on the other side.

5 Points Silent Hill 2 Deluxe Boxed Set is packaged in a collector-friendly window box and designed with collectors in mind.