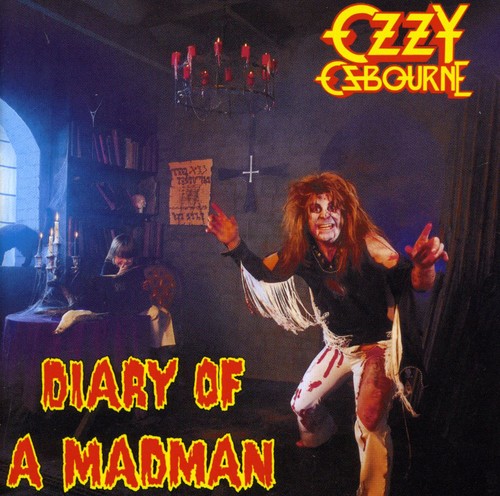 ''Diary of a Madman'' is the second studio album by Ozzy Osbourne. It was recorded from the 9th of Feb to the 23 of March 1981 inclusively - the end of winter in the UK and recording ending just into spring equinox. It was released on November 7, 1981, and re-issued on August 22, 1995. An altered version appeared in 2002. This was the last album with Randy Rhoads before his death in 1982. Although bassist Rudy Sarzo and drummer Tommy Aldridge are credited in the liner notes and pictured on the inner sleeve, it was bassist Bob Daisley and drummer Lee Kerslake who performed all bass and drum parts on the original release. They were not given credit for their contributions. According to a 2005 interview with Daisley, even though Don Airey is credited for having played keyboards on this record, it was in fact a musician named Johnny Cook (who had worked with Bob Daisley in Mungo Jerry) who recorded the keyboard parts, as Airey was on tour with Rainbow. The album features several songs with acoustic/classical guitar intros, including "You Can't Kill Rock and Roll", "S.A.T.O.", "Tonight", and the title track. The album is Osbourne's personal favorite of all his releases. To date, the album has sold over 3.2 million copies worldwide. - Wikipedia