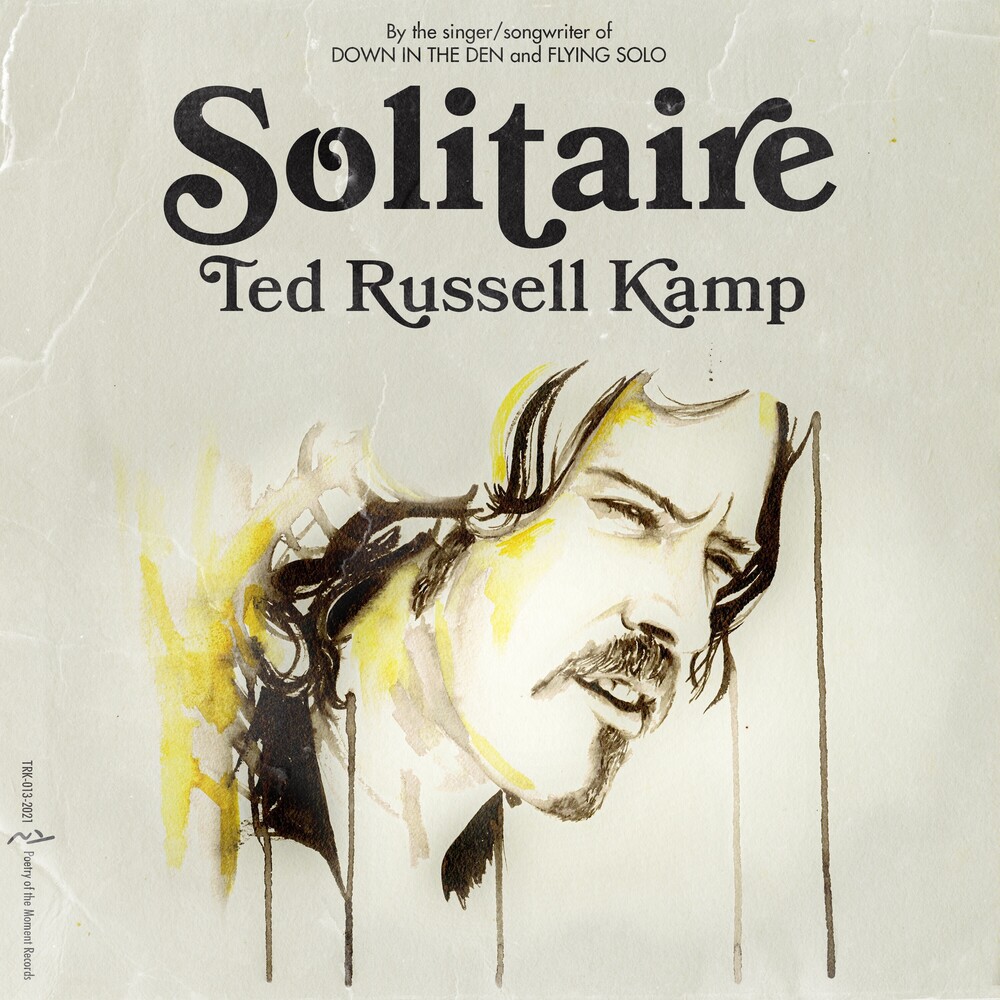 Solitaire is Kamp's 13th full album release. It consists of 14 songs recorded mostly alone at home during the last 9 months of the pandemic lockdown. The songs and overall feel of the album have a more intimate and singer-songwriter quality. Kamp wanted them to sound more like solo performances, but with some extra spice added, reflecting the loneliness of being at home in quarantine: isolated from friends and the chance to play live. "I think it echoes what a lot of us have been going through this year; the loneliness and doubt as well as the day dreaming and not wanting to give up. I wanted to put these songs out there because we have all been going through similar things."The music on Solitaire is indeed 90% Kamp as he plays a majority of the instruments on the album but he has again collaborated with several artists and friends known in the Americana genre, but this time remotely. "Almost everything I did was in my studio with all of the guest overdubs recorded by them in their own home studios. This was a true quarantine record in that sense. Most played or sang harmony on just the songs I wrote with them." But to create the sound of a full band at times, Kamp had "just a few socially distant recording sessions, with John Shreffler (harmony vocals, pedal steel), Jim Doyle (drums) and Brian Whelan (harmony vocals) to be a part of several tracks of the album. It was an incredible breath of fresh air to actually see friends again and to reconnect and play with them."Solitaire provides Kamp with yet another approach to his music, but ultimately it's connecting with his audience that matters to him most.