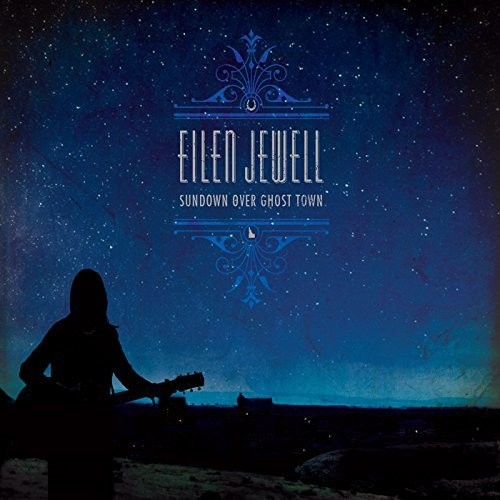 Honesty, confidence, and respect permeate Eilen Jewell s music, dating back to her self-released Boundary County album in 2006. Since then, the Boise native has recorded five studio albums for Signature Sounds with her road-tested touring band, and two more as a member of the Boston-based gospel-charged Sacred Shakers, which includes that well-oiled band at its core.

As hard as it is to categorize Jewell s music terms like alt-country, roots-rock, country-noir, and Americana get used a lot it s even harder not to become thoroughly enraptured by the singer/songwriter s powerful versatility, musical stories, and images. And that gorgeous voice makes you feel like she s singing just for you, out on the breezy back porch or by a crackling campfire. She does so much, so well.

Sundown Over Ghost Town's twelve original songs reflect on recent changes in Jewell's life including the birth of her first child and returning to her hometown of Boise, Idaho. The music has a western feel evoking wide open spaces with the generous use of pedal steel and organ.