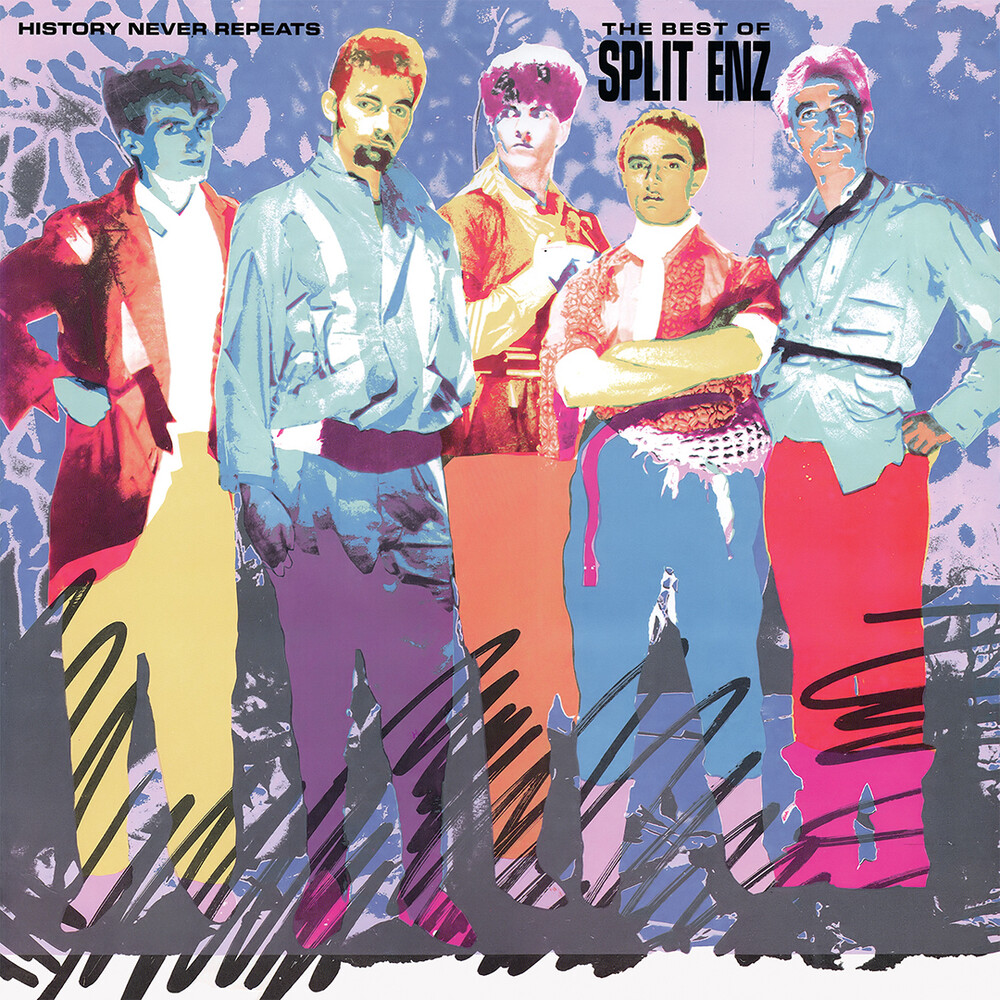 Red Haze vinyl. Formed in New Zealand in 1972 by Tim Finn and Phil Judd, Split Enz originally started as a quirky folk/art rock band known for their outlandish makeup and costumes. After a few albums and line up changes, including the departure of Phil Judd and the arrival of Tim's younger brother Neil, Split Enz embraced a more streamlined Pop/New Wave sound. The 1980 single I Got You became an international hit and introduced a whole new audience to Split Enz. History Never Repeats - The Best of Split Enz is a collection of songs from their most commercially successful period from 1979-1983, presented on limited edition Red Haze vinyl.