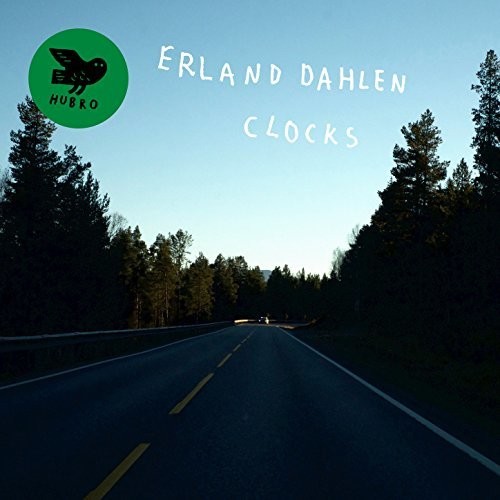 Erland Dahlen's 'Clocks' presents the listener with a series of epic cinematic soundscapes. Although there is no actual film to illustrate, the imaginative power and suggestive resonance of Dahlen's compositions easily stand comparison with the work of leading film composers. As Dahlen - whose previous album, 'Blossom Bells', was nominated for a Spellemannspris, the Norwegian 'Grammy' - is a drummer, one might first think of Antonio Sanchez's percussive score for 'Birdman', say, but 'Clocks' employs such a broad range of sound-sources and musical reference-points that it's probably closer to the atmospheric film-work of Tangerine Dream or Ryuichi Sakamoto. Police drummer Stewart Copeland's music for 'Rumblefish' and the contributions to 'Apocalypse Now' by the Grateful Dead's Mickey Hart and Bill Kreutzmann come to mind, too. Rock and post-rock references are relevant, for Dahlen appears completely unapologetic about adding an echo-laden Eighties drum-thump, or a buzz-saw industrial guitar-drone alongside the avant-garde found-sounds one might associate with Harry Partch hub-caps, gongs or bells. In 'Clocks', what could be regarded as the usual drummer's strategy of layering one percussive source on top of another is superseded by a complex structural amalgam of melody and rhythm where the textural detail becomes so dense that it's impossible to tell where one leaves off and the other begins. The result is a collection of moodily anthemic, often dark-hued pieces that in a noirish thriller might be used to accompany a hit or a heist. As stand-alone music, they function perfectly as edgily ambient soundscapes with an epic widescreen feel.