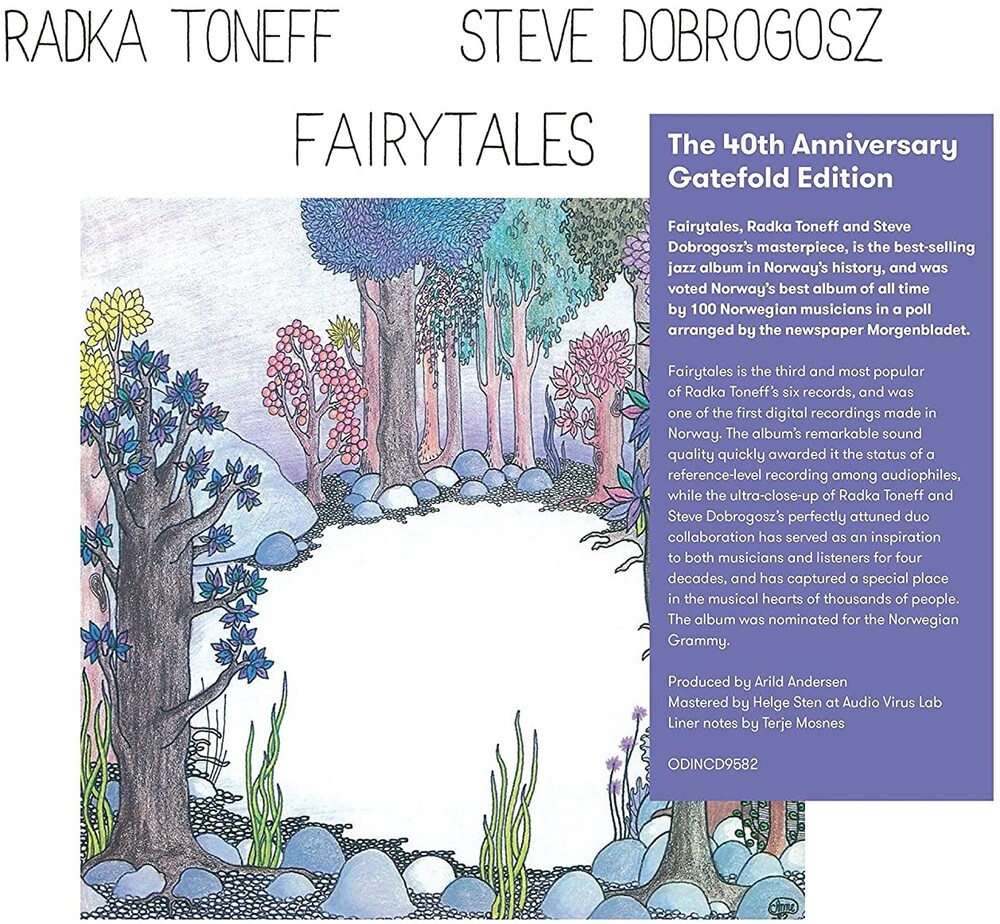 The 40th Anniversary Edition of Fairytales is the final of many incarnations of singer Radka Toneff and pianist Steve Dobrogosz's jewel of a duo album. In the course of the 40 years that have passed since it's release - on LP in 1982, CD in 1986 - Fairytales has sold well over 100 000 units, making it the top-selling Norwegian jazz record ever, and was also voted Norway's best album of all time in a poll of Norwegian musicians in 2011. For four decades the sometimes delicate and sometimes robust melodic intimacy between the singer and the pianist, and the fragile strength with which they imparted their lyrics and music, has cast a spell on listeners from all music scenes. Constantly new generations are enthralled by the 41 auditorily minimalist but eloquently narrative minutes, and this final version, with improved sound quality, brings us closer to the magic of the Toneff/Dobrogosz duo than ever before. Fairytales had a solemn epilogue when Radka died under tragic circumstances a few weeks after the album was released and had begun to go from strength to strength. In retrospect, though, it is not the memory of the loss of an incomparable singer, but rather the content of what Radka accomplished together with her American duo partner that keeps Fairytales alive. "It's not just the sound itself, but it's also about how Radka sings, about the sensitivity in her voice," Steve Dobrogosz has said. The pianist describes Radka as a superb, forthright and genuine interpreter who was "at her best" with Fairytales, and he rejects any implication that she sounds especially lonely or depressed, or that the album can be construed as part of any autobiographical timetable. The sum of singer Radka Toneff was, naturally, more than the parts she was able to display on Fairytales. But when practically all subsequent singers in Norway, from Sidsel Endresen up to the young talents of today, get a warmth in their voices and eyes when they talk about Radka as an artistic ideal and a source of inspiration, it is not least because they heard Fairytales at some point, and were sold. The fact that the album has also been the impetus for an interest in Radka that has produced posthumous records, books, radio documentaries and countless articles only confirms the strong position the album still occupies in the Norwegian music scene, a position that this 40th Anniversary Edition will further reinforce.