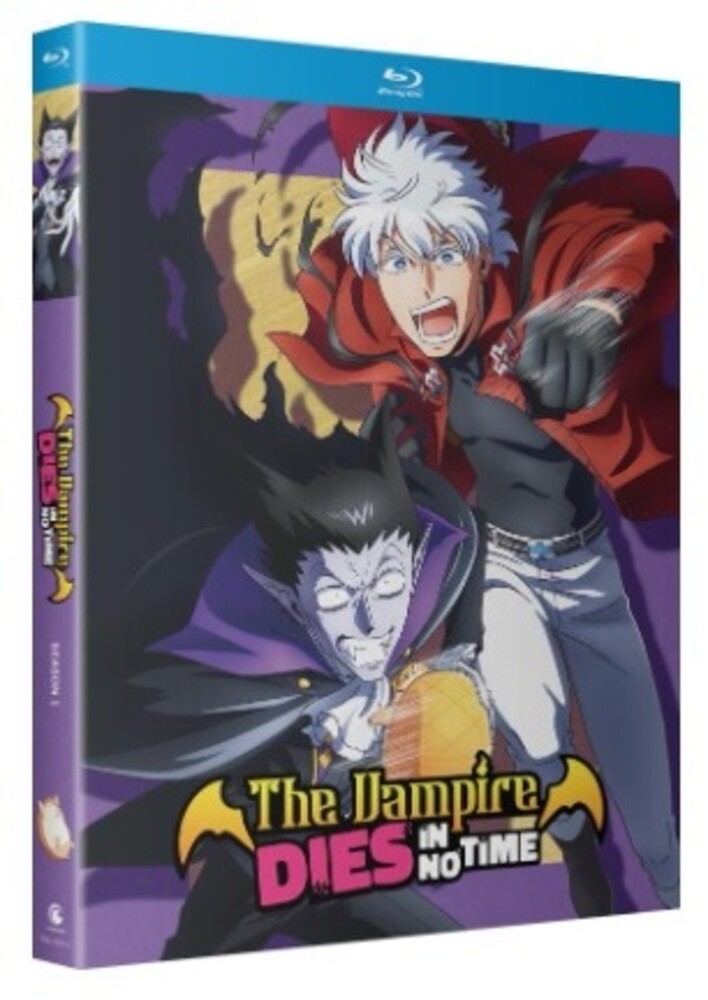 About The Vampire Dies in No Time Season 1 Blu-ray

The Vampire Dies in No Time Season 1 contains episodes 1-12 of the anime directed by Hiroshi Koujina.

Much to his surprise, the vampire hunter Ronald easily defeated the immortal Dralc. But how could he have known his victory would lead to the vampire moving in with him? Now, the two are in for more hilarious misadventures than you can shake a stake at.

The Vampire Dies in No Time: Season 1