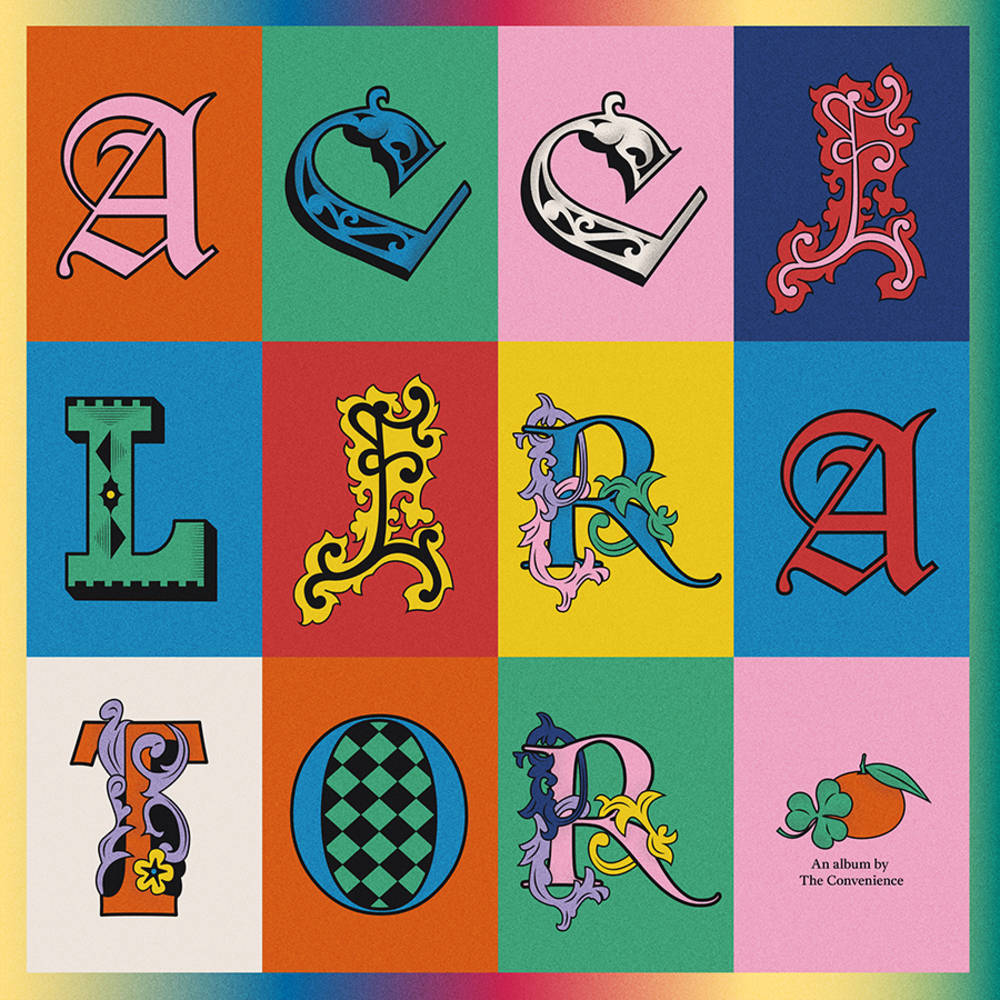 “It really was super natural”, laughs Duncan Troast, explaining how he and Nick Corson came to form The Convenience, and though he means it was as organic as breathing, the music these two conjure is from an alternate reality. Pulling from a pastiche of 80’s sounds and their own rolodex of future pop flourishes, their new album Accelerator sounds like a late-night disco party on a distant outpost, a sea of dancing bodies illuminated by an alien moon.

The two met at New Orleans’ Loyola University, where they eventually joined the rising pop group Video Age, and before long, were spending the downtime between tours exploring what their own music could sound like. Their early efforts showed promise, but when held next to the iridescent glow of their new material, it’s clear there was a fundamental shift.

“There was a disconnect from the music that we were making, and the breadth of the music that we loved”, explains Corson,“I was relearning how to write songs.” The two went back to the music that made them truly feel alive, pouring over records by Stevie Wonder, Prince, NSYNC, “trying to figure out why it felt so good”.

The result of those efforts is a singular album packed with visceral, immediate pleasure; body music for a plastic pop future. “I had a hard time learning how to do things the right way, and just wanted to make a mess”, says Corson, thinking back on his earliest experiments with songwriting and production. You can hear that spirit in the brief snippets of noise that dot the record, but the immaculate pop songs here make it clear - whatever they’re doing is working. At its core, Accelerator is a celebration of friendship, and the transportive power of music. It’s an ode to the joy of dancing, of loving just to have loved, and becoming who you are.