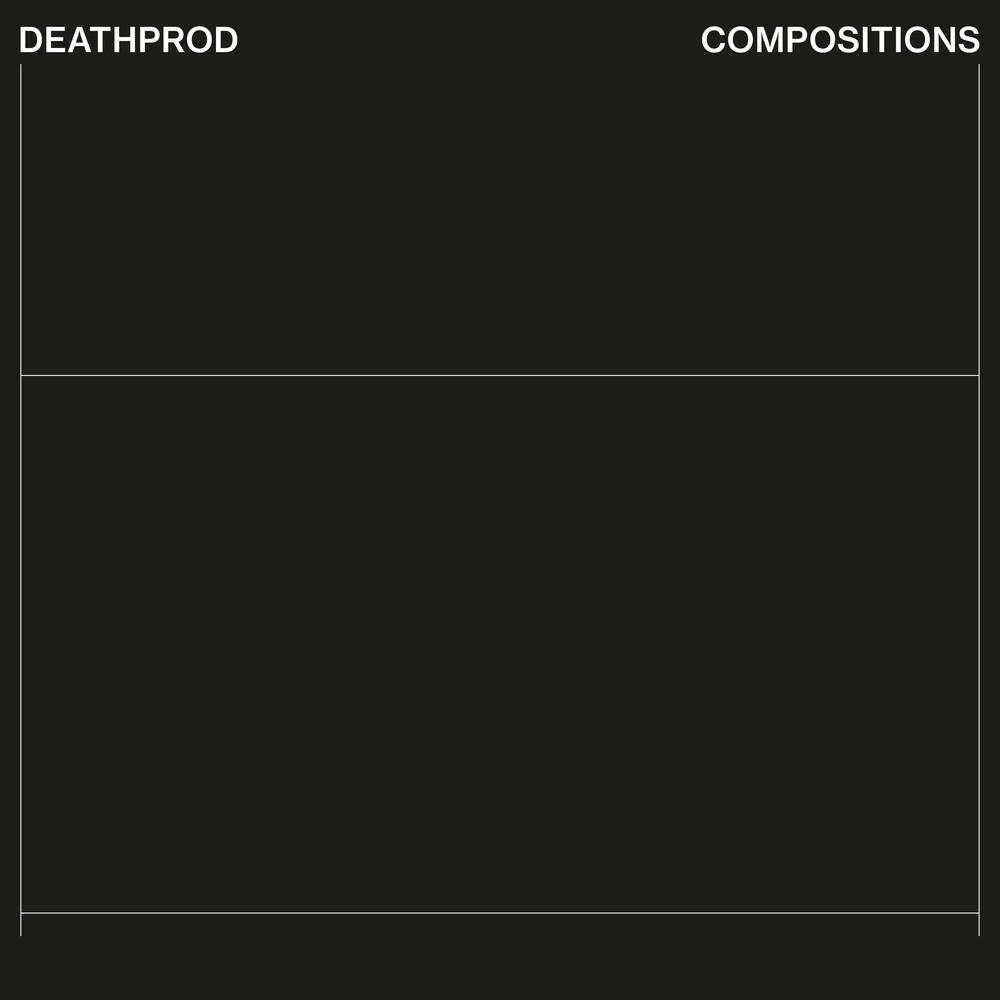 A composition simply means things being put together. In music, we usually think of composition as a classical idea. But in recent years, the possibilities of what 'composing' can be, have dramatically increased. Based in Oslo, Norway, Deathprod (aka Helge Sten) has been making his own forms of music with no compromise since the early 90s. His specialty is a deeply atmospheric, grainy minimalism that slows time down and explores the very particles of sound itself. This music can sound forbidding and alien at first, but compared to his more brutal output, it's an extraordinarily close and intimate experience. The first new Deathprod studio project since 2019's OCCULTING DISK, Compositions is the result of an intense period at his legendary Audio Virus Lab studio in central Oslo. All tracks are released in chronological order - in other words, the order in which they were recorded. Helge used a personal, unique combination of obsolete digital audio processors and sound generators, combined with his own secret-sauce tuning system. Like gazing at the wonders revealed by an electron microscope with Helge compositional control directs your attention to a succession of ever more spellbinding details and textures.Helge adopted the Deathprod alias in 1991. A complex array of homemade electronics, samplers, sound processing and analogue effects - cumulatively known as the 'Audio Virus' - combined with obsolete samplers and playback devices, to distort and transform sounds into unrecognizable relatives of their former selves. On the new album Compositions, the virus has evolved into even more fascinating and kaleidoscopic new strains. Electronically generated sounds vibrate and tremble like undiscovered metals ringing and resonating together. Sonic forms attract or repel each other as if under the influence of a strange magnetism. None of the tracks are over four minutes, but no way are these 'miniatures'. Each one contains it's own fully-formed galaxy of tones and clusters, while all tracks audibly belong in the same universe. These are 17 compositions in search of a sonic ideal. His off-grid audio control centre created a parallel acoustic universe which he filled with mutated samples and electronic textures. Even the gaps between the tracks are part of that universe. Helge left the almost silent, twitching crackles of his snoozing analogue gear intact, ensuring a smoother transition between them.Helge is continually striving to find new parameters and possibilities for what music can be - what you can affect with the medium of sound. From the intricate homemade miniatures of Treetop Drive to the bonecrushing electronic barrage of Morals and Dogma and OCCULTING DISK, the different sides of Deathprod are all products of the same obsessive focus and self-discipline in pursuit of sonic exploration. His Compositions are private rather than public music: like introspective chamber or solo compositions instead of the more strident, outward-looking tones of a symphony. Helge is a founder of Norwegian improvising group Supersilent and has produced records by Motorpsycho, Susanna, Jenny Hval, Arve Henriksen and others. He recently composed music for Harry Partch's legendary instruments, which can be heard on Sow Your Gold in the White Foliated Earth, released in 2022 on Smalltown Supersound.