The Smithereens - Love Me Do / P.S. I Love You [Limited Edition Vinyl Single] | RECORD STORE DAY 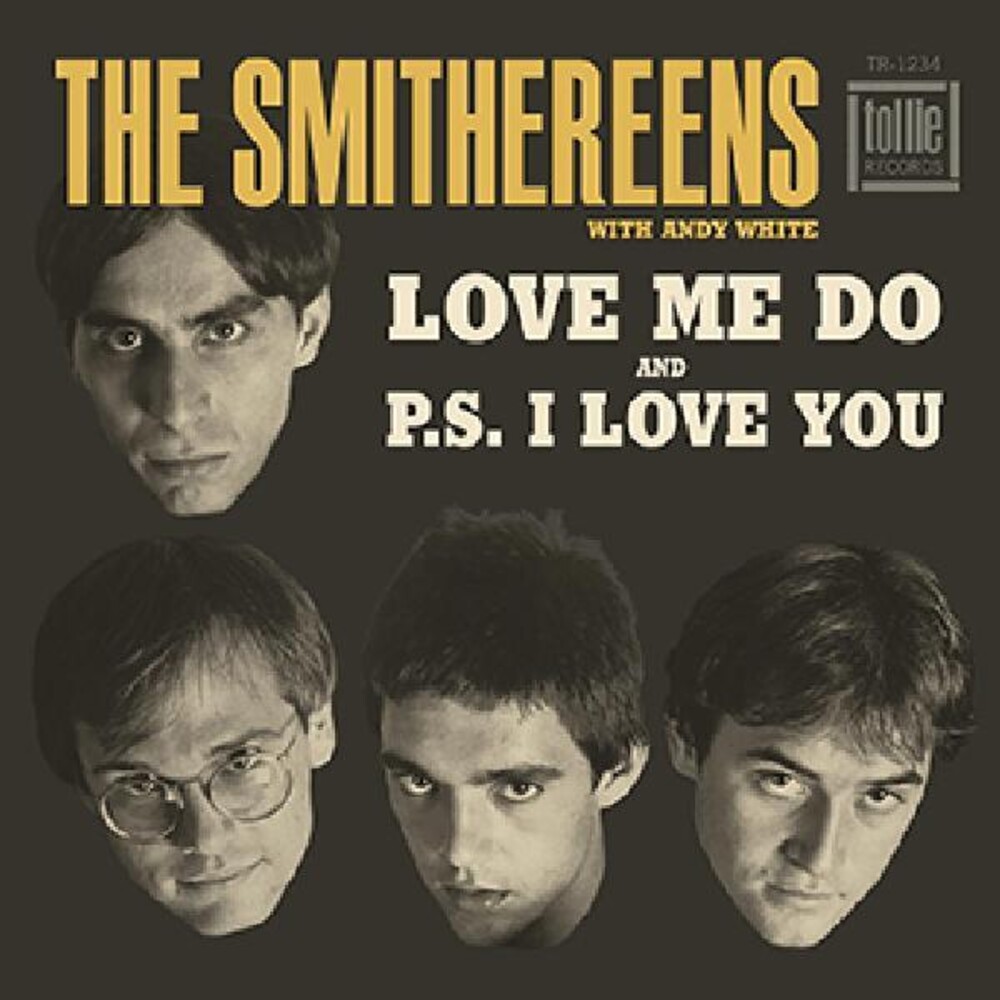 THE STORY OF THE BEATLES 1st SINGLE AND THE SMITHEREENS RE-CREATION On September 11th, 1962, Scottish session Drummer Andy White was called to EMI Studios at 3 Abbey Road in London. Producer George Martin did not approve of Ringo Starr's drumming for studio work. It was the norm at that time to have a specialist studio drummer who knew the ways of studio work. Starr was relegated to playing tambourine on 'Love Me Do' while White played his drum kit. 'P.S. I Love You' was also recorded during this session with White playing a 'lightweight cha-cha-chá beat' on bongos rather than drums. White says he was paid Ł5 for the session and 10 shillings for bringing his drum kit, and did not earn any royalties from the sale of the records. This was the only time White played with the Beatles, but it was enough to get him 'into the history books', and the distinction of being one of the so-called 'fifth Beatles'. White said that on that day in the studio the only members of the Beatles he worked with were Paul McCartney and John Lennon, because they were the songwriters. 'They didn't use any written music, and what I had to do was play the routines with them to get an idea what they wanted before we could even start recording.' Fast forward to 2008, Beatles expert Tom Frangione introduced White to the Smithereens. The band asked White to record with them on their next Beatles tribute album at their House of Vibes recording studio in Highland Park, NJ. 'P.S. I Love You' was released late in 2008 on B-Sides the Beatles; 'Love Me Do' was recorded, but not released until now.