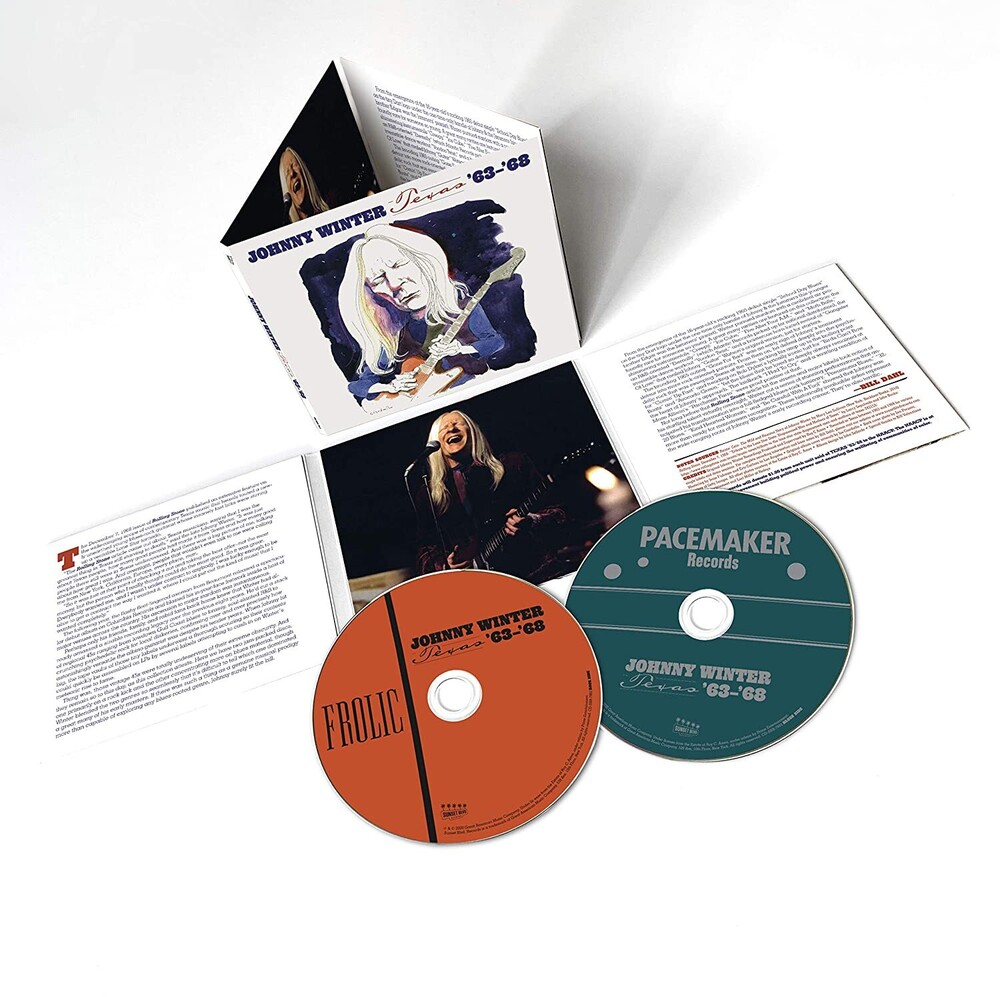 2 Compact Discs / 40 Tracks / One Previously Unreleased Recording. Johnny Winter had a singular career plan: playing music. The lightning-quick guitarist fulfilled that wish magnificently, decade after decade. He performed at a French blues festival only two days prior to his July 16, 2014 death in Zurich, Switzerland at age 70. A guitar hero without equal. Johnny has always been one of the most respected singers and guitar players in rock and the clear link between British blues-rock and American Southern rock. Throughout the ’70s and ’80s, Johnny was the unofficial torch-bearer for the blues, championing and aiding the careers of his idols like Muddy Waters and John Lee Hooker. Something of a musical child prodigy, he grew up in Beaumont, Texas, on a diet of blues and rock 'n' roll. As a teen, nearly every weekend he would hitch-hike to Louisiana to play in small night clubs. After a short college stint, he gave up his academic pursuits and devoted himself to creating music. This is the first collection of the “early years” to distinguish between the formative Blues roots and the push to the Rock idiom. It is the best precursor to his breakout disc “The Progressive Blues Experiment” and the “Johnny Winter” album. Sunset Blvd Records will donate $1.00 from each unit sold of TEXAS ’63-’68 to the NAACP.