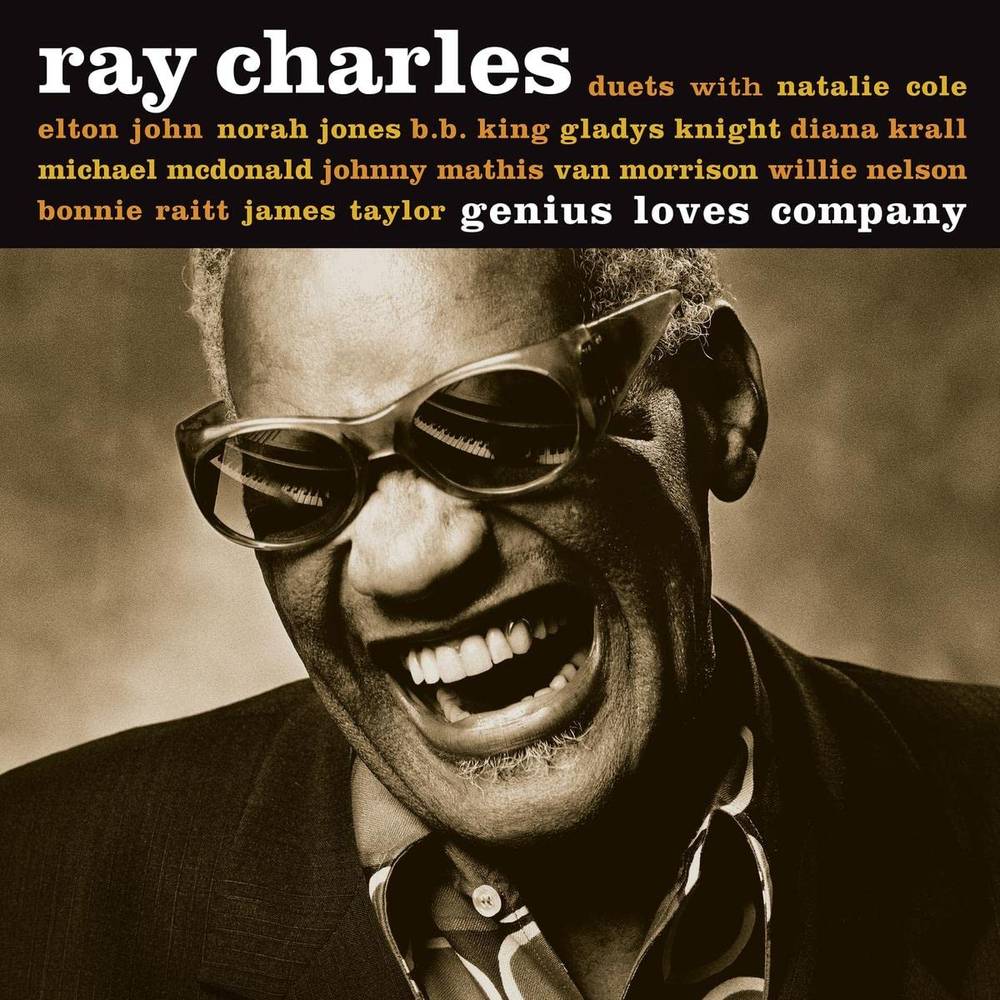 Double vinyl LP pressing housed in gatefold jacket. Genius Loves Company is the final studio album by rhythm and blues and soul musician Ray Charles, posthumously released August 31, 2004. Recording sessions for the album took place between June 2003 and March 2004. The album consists of rhythm and blues, soul, country, blues, jazz, and pop standards performed by Charles and several guest musicians, such as Natalie Cole, Elton John, James Taylor, Norah Jones, B.B. King, Gladys Knight, Diana Krall, Van Morrison, Willie Nelson, and Bonnie Raitt. Genius Loves Company was the last album recorded and completed by Charles before his death in June 2004. The album is known as one of Ray Charles' most commercially successful albums. On February 2, 2005, Genius Loves Company was certified triple-platinum in sales by the Recording Industry Association of America following sales of over three million copies in the United States. It also became Charles' second to reach number one on the Billboard 200, after Modern Sounds in Country and Western Music (1962). On February 13, 2005, the album was awarded eight Grammy Awards including Album of the Year and Record of the Year.