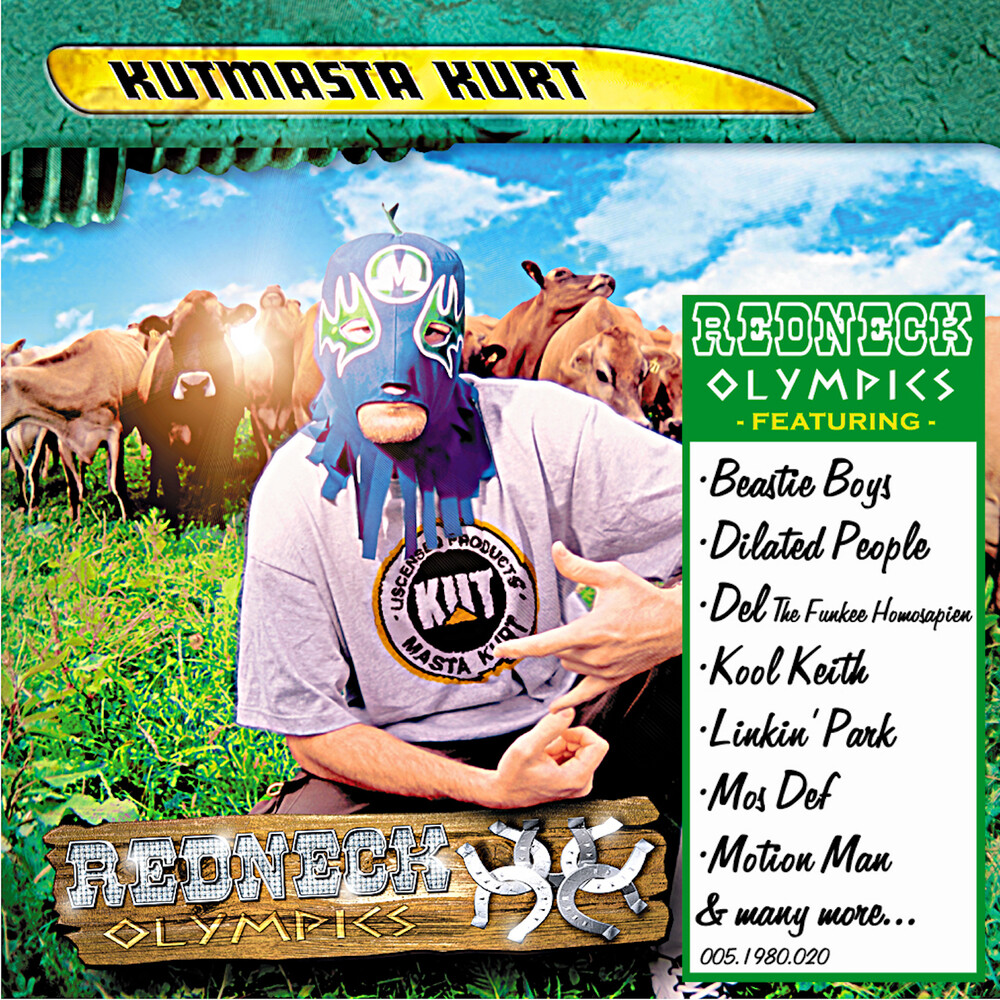 Combining straight-up, undecorated hip-hop beats with a fun house's worth of eerie goofiness is the way producer/remixer Kutmasta Kurt woos folks like the Beastie Boys, Linkin' Park, Kool Keith, and a sizable portion of the underground rap fan base. The title of his stunning, career-spanning compilation, Redneck Games, is just another joke from the Mexican-wrestling, mask-wearing producer, a man who's too street to be redneck and too hardcore to play games. Besides his work with the Beasties, Kurt's highest profile track has to be his remix of Linkin Park's "In the End" - included here. It's one of the most real mixes of hip-hop attitude and alt-metal angst, but everything else is down-low, killer street stuff. That doesn't mean Redneck Games is inaccessible; Kurt's beats are as lively and engaging as they are visceral and urgent. The word-filled "Redemption" from Blackalicious is positively bouncy in Kurt's remix, and that the great "360 Degrees" from Del and Mr. Lif didn't burn up radio must be radio's misjudgment since the beat is right there and demands repeat listens. You can't experience the way the man evenly tempers an album by this loose collection of tracks, but the man who has most benefited from Kurt's full-length mentality, Kool Keith, is brilliantly represented by the mad-funky "I Don't Believe You." Motion Man's "Show Up for Practice" should be on every motivational mixtape you make from now on, and if Kurt's scratching on Planet Asia and 427's "Bringin' It Back" doesn't get your party started, it's hopeless. If your hip-hop needs are a solid beat topped with wild ideas and mad skills sprinkled on top, Redneck Olympics is 22 tracks of funky noise for your pleasure and a taste of Kutmasta Kurt's great contribution to hip-hop. - David Jeffries