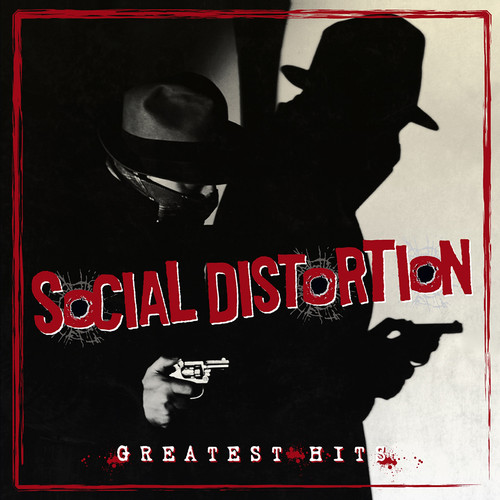 Greatest Hits is a compilation album by Social Distortion. It was released on June 26, 2007. It includes hit singles from Mommy's Little Monster to Sex, Love and Rock 'n' Roll - as well as the unreleased track "Far Behind", which also became a hit single - yet lacks anything from Mainliner, which is actually a compilation of unreleased early material. "Far Behind" is also the band's first new song recorded with then-current line-up of Mike Ness (vocals, guitars), Jonny "2 Bags" Wickersham (guitar), Brent Harding (bass guitar) and Charlie Quintana (drums). The limited edition vinyl for this album contains an interview with Mike Ness. A bonus track, a studio recording of a new Social Distortion cover version of the Chuck Berry classic "Maybellene", is available through the iTunes music store in the US. On the UK version, the bonus track is "1945" (13th Floor Records version), which was previously released as a single, as a B-side on the Story of My Life EP, and on Mainliner.