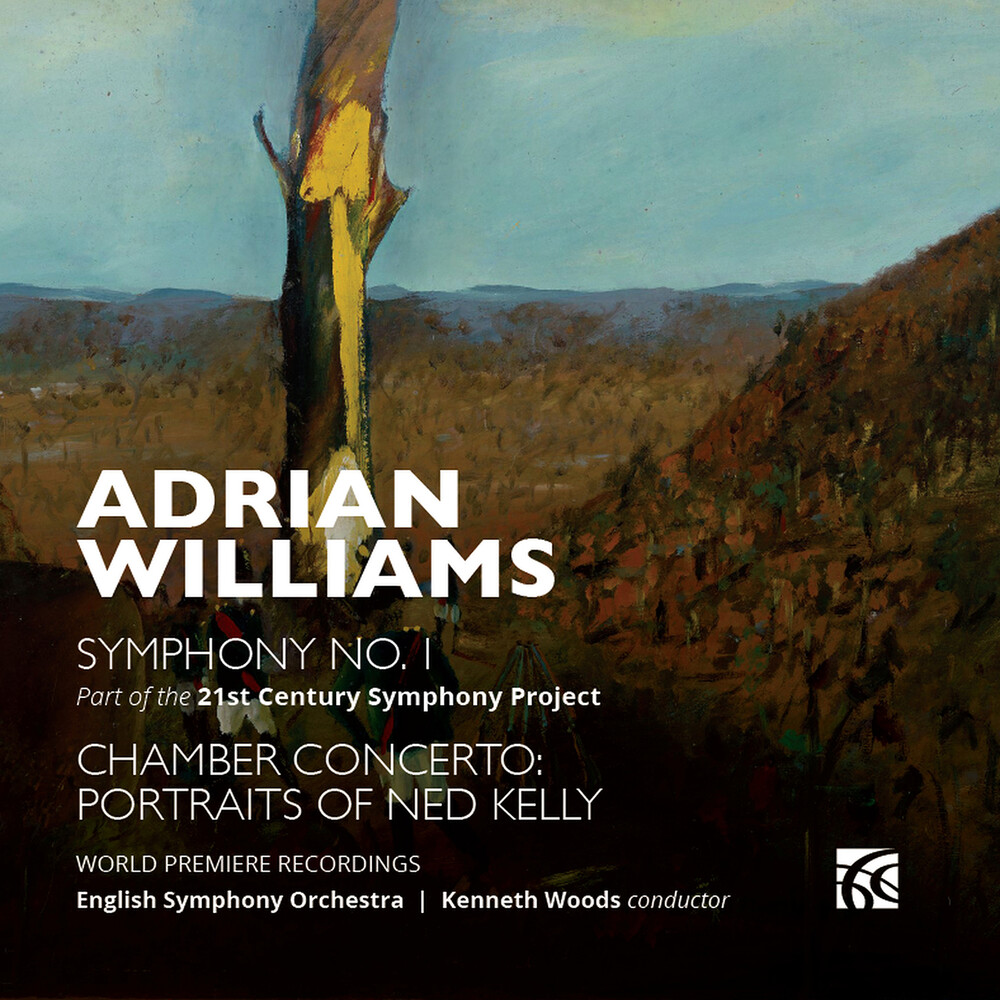 Adrian Williams writes: "My first symphony began it's life during the spring of 2018 following a request from Kenneth Woods for a work for the English Symphony Orchestra's 21st Century Symphony Project. The basic score was completed towards the end of the following year but continued to undergo quite a few changes almost until it's recording in December 2021. The symphony, which is dedicated to Kenneth Woods 'for giving me hope' is one of my largest-scale pieces. Am hugely grateful to Ken Woods and the ESO for their tremendous dedication, and to the generosity of the Steven R Gerber Trust in the USA for their sponsorship of this performance." This remarkable work is one of two by Williams to grow from his friendship with the great Australian painter, Sidney Nolan. Nolan and Williams were neighbors in the Welsh Borders region that Williams has called home for most of the last forty years. Williams, a prolific pianist, was given the invitation to use the piano at The Rodd, Nolan's house in northwest Herefordshire and now the home of the Sidney Nolan Trust. The Chamber Concerto is a musical response to Nolan's most famous series of paintings, which depict scenes from the wild life of Australian bushranger, Ned Kelly, an outlaw, gang leader and convicted police-murderer who rampaged across Australia in the years prior to his arrest and execution in 1880. Williams' music almost always has a virtuosic edge to it, but the demands placed on the musicians in this work are truly extraordinary, yet it is incredibly rewarding to play. In this sense, Williams' designation of the work as a concerto is both telling and apt is it demands that everyone in the ensemble contributes their utmost in rhythmic precision, agility, accuracy in extremes of register and lyrical storytelling.