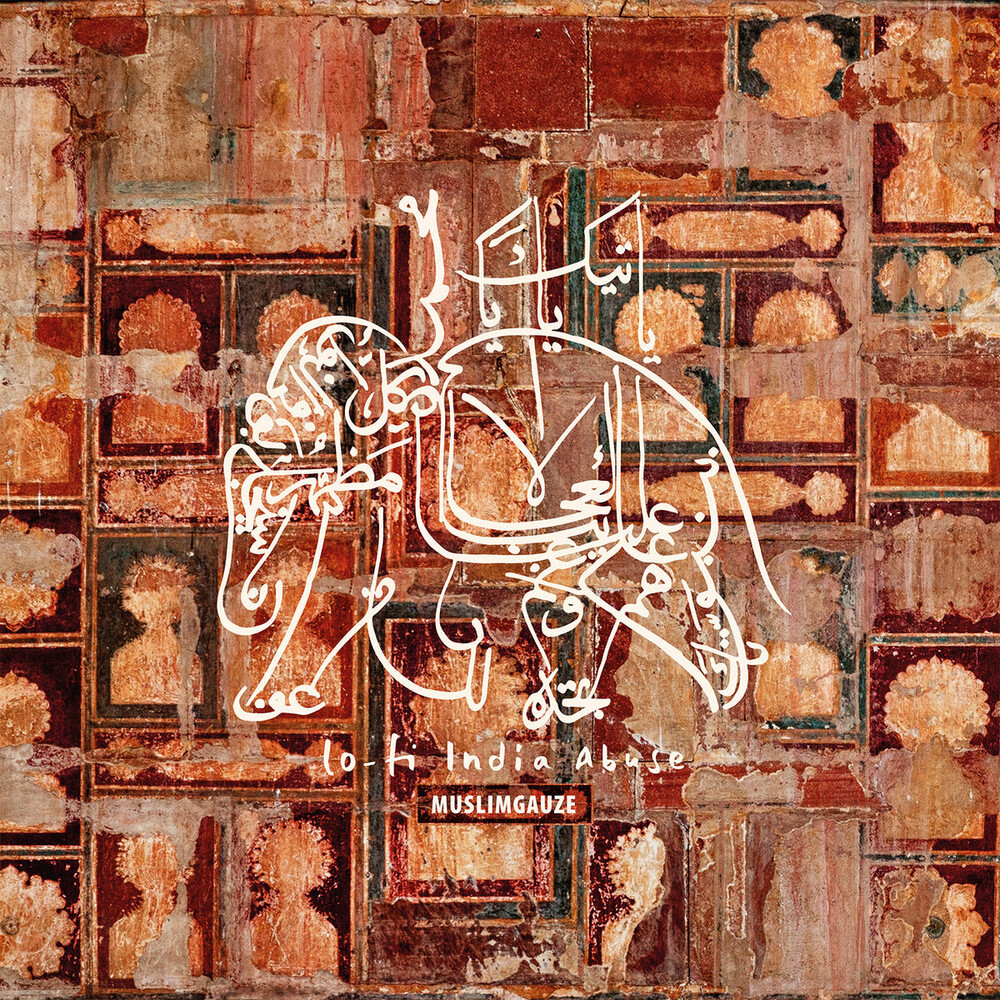 Lo-Fi India Abuse was recorded in 1998, some tracks are "pure" Muslimgauze and some are re-mixs of tracks from Systemwide's "Sirius" CD (see also Systemwide meets Muslimgauze "at the City of the Dead" 12?). Nearly all of the tracks have hand percussion in varying tempos and intensities and at least 1/2 make use of electronic noise surges. The sound is very crisp and clean, extremely well produced, recorded and nicely varied throughout the length of the disc. Some track by track comments: "Antalya" is obviously from the same sessions as "Fakir Sind" seeing as it shares the same hand percussion sound, whistles, vocal wailing, cut-ups and delays. "Valencia Flames" sounds like a Systemwide remix. A dub bass line, hi-hat and background vocal of some sort are all obliterated by numerous delays, starts, stops and re-starts with an unpredictable nature in these cut-up tracks. "Al Souk Dub" injects background voices, market sounds and drones into the cut-up mix of slow hand percussion playing. "Catacomb Dub" and the final two tracks make use of twinkling synth waves, presumably a Systemwide sound source. "Dust of Saqqara" has a heavy pulsating electronic sound wave over an old beat box rhythm. "Android Cleaver" is brutal (as is "Nommos' Afterburn") hand percussion, jabs of noise and an oft repeated, unintelligible vocal sample. Yes, Lo-Fi India Abuse is yet another great Muslimgauze release, grab it!