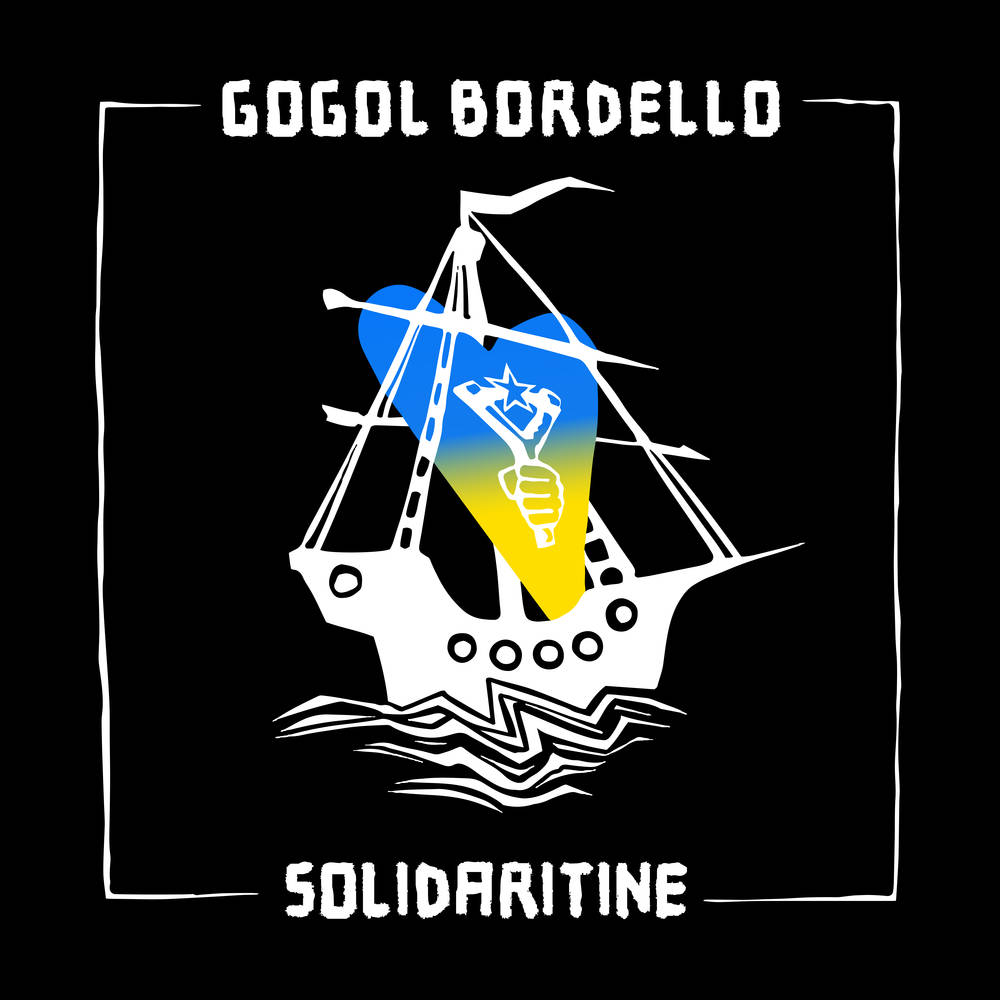 Perseverance carries us through the most turbulent, traumatic, and trying of times. When all hope seems lost, it shines a light from the inside that’s impossible to extinguish, no matter how hard even the darkest forces try. That light also burns bright at the heart of Gogol Bordello. Since 1999, the band have consistently riled up audiences with an inimitable patchwork of punk, gypsy, dub, folk, Latin swing, and Eastern European magic.

However, the New York-based collective trumpet the spirit of survival louder than ever on their eighth full-length album, SOLIDARITNE. Ukrainian-born band leader Eugene Hutz and Co. linked up with New York underground icon Walter Schreifels [Gorilla Biscuits, Rival Schools, Quicksand] to co-produce the album.  Meanwhile, H.R. of Bad Brains guested on “Era of the End of Eras,” blessing the track with a cameo punctuated by a key moment from the Bad Brains anthem “Sailin’ On.” The band also recorded a new version single “Forces of Victory” [feat. Serhiy Zhadan & Kazka]. Dizzying acoustic guitar and violin charge forward at lightspeed before crashing into an uplifting verse kickstarted by fits of electric guitar. The accompanying video juxtaposes footage of the band with real-life scenes of citizens and soldiers in the midst of war in Ukraine shot by a Gogol Bordello crew member.

In the end, Gogol Bordello rally everyone together on SOLIDARITNE.