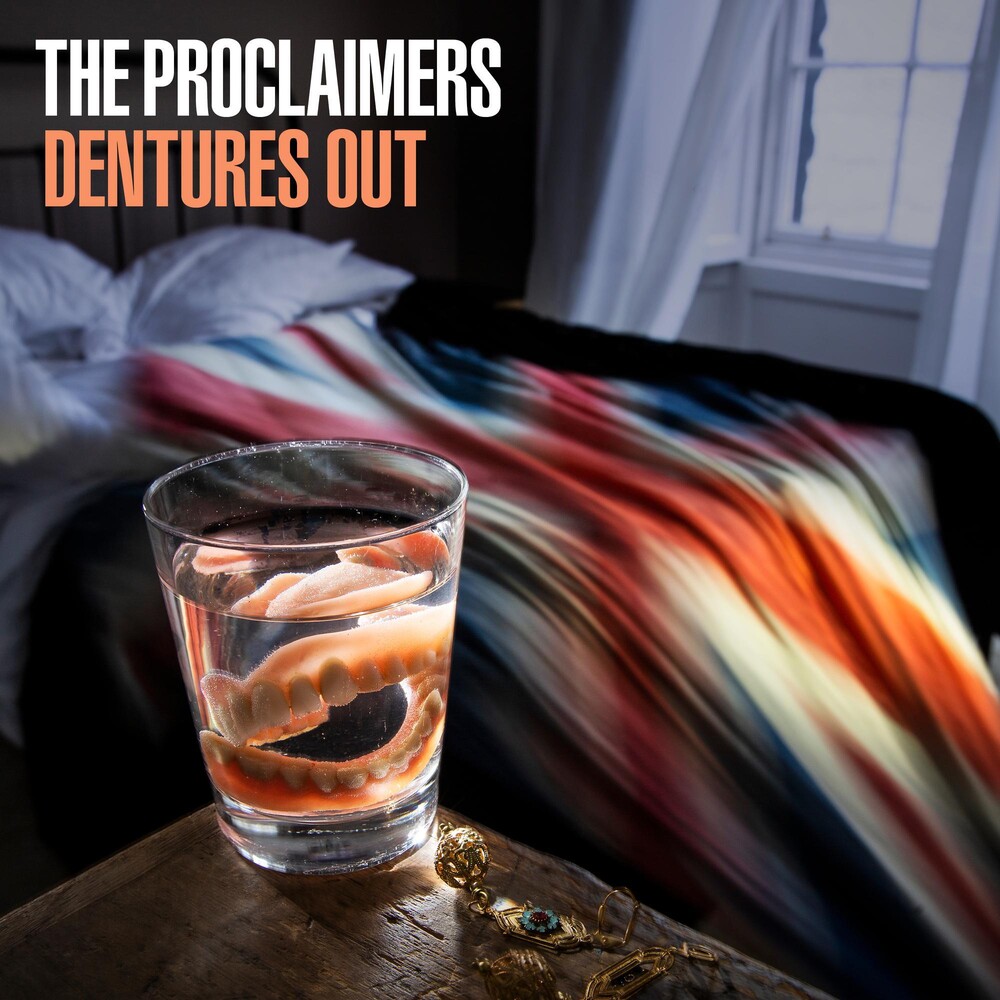 2022 release. Thirty-five years since the release of their landmark debut album This Is The Story, and 34 since the release of Sunshine On Leith, the second album that made them international stars, The Proclaimers are back with their 12th studio album. And, at the ripe young age of 60, the fire and ire of Craig and Charlie Reid remain righteously undimmed. Dentures Out is a record of the times, for the times, the twins at their political, observational, satirical and fist-punchingly tuneful best. Dentures Out is 13 songs clocking in at a lean, tight, focused 34 minutes. Only one number, the closing What The Audience Knew, busts the 180-second mark. The rest are sub-three-minute miniatures of polemical pop perfection, recorded at Rockfield in Wales in three quick weeks in spring 2022, lent six-string wings by guest guitarist James Dean Bradfield and produced by Dave Eringa (Manic Street Preachers), his third consecutive album with the Scotsmen.