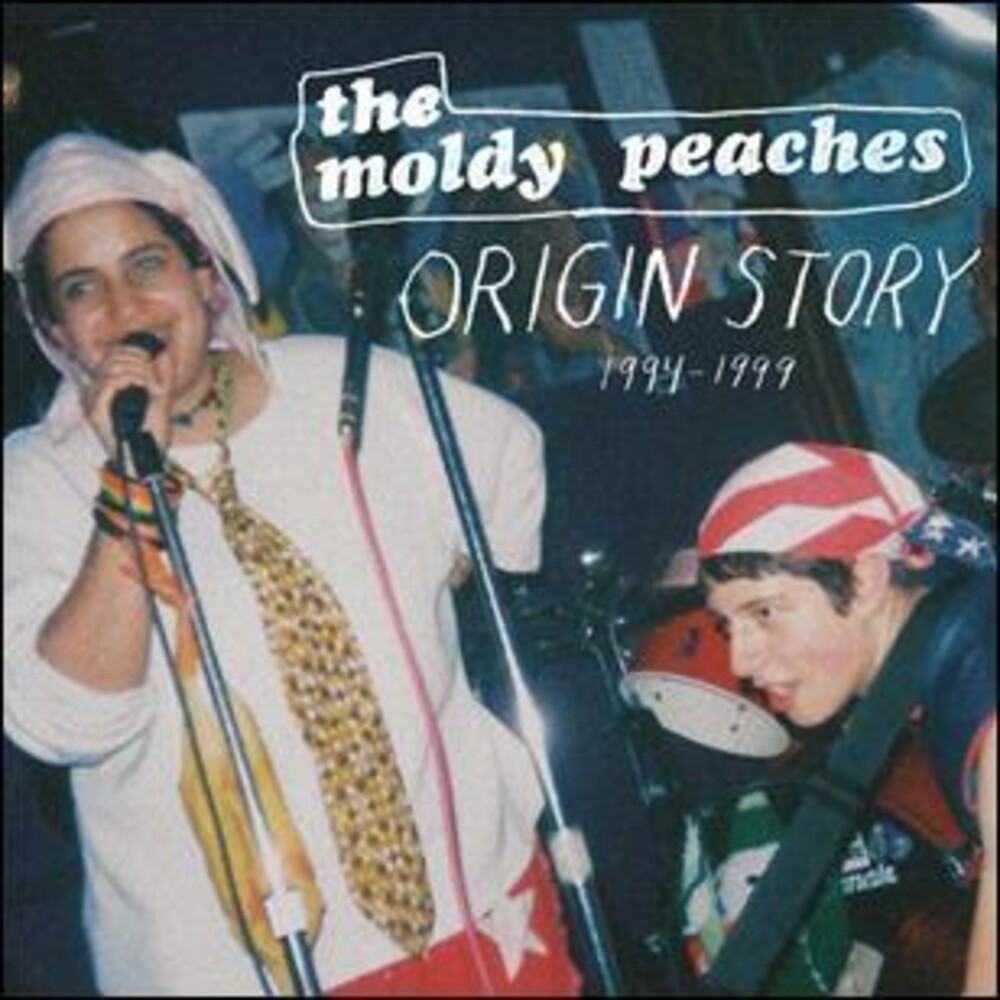 Adam Green and Kimya Dawson originally crossed paths at an open mic night in Mount Kisco, New York in the early 90s. From there they went on to record a surplus of home recordings with various friends under the moniker The Moldy Peaches, and eventually became staples in the NYC anti-folk scene of the late 90's/ early 2000's. After releasing several albums that gained traction in the U.S. and UK, the group broke into the mainstream when their song "Anyone Else But You" appeared in the hit indie film "Juno" (2007).Origin Story: 1994-1999 is a collection of songs, unreleased demos, live tracks, and poems from the early years of The Moldy Peaches, and outline the tale of how the band came to be. Liner notes written by Adam and Kimya detail the stories behind each track and rare photos included in the packaging help to illustrate the life and times of the duo when they were young.