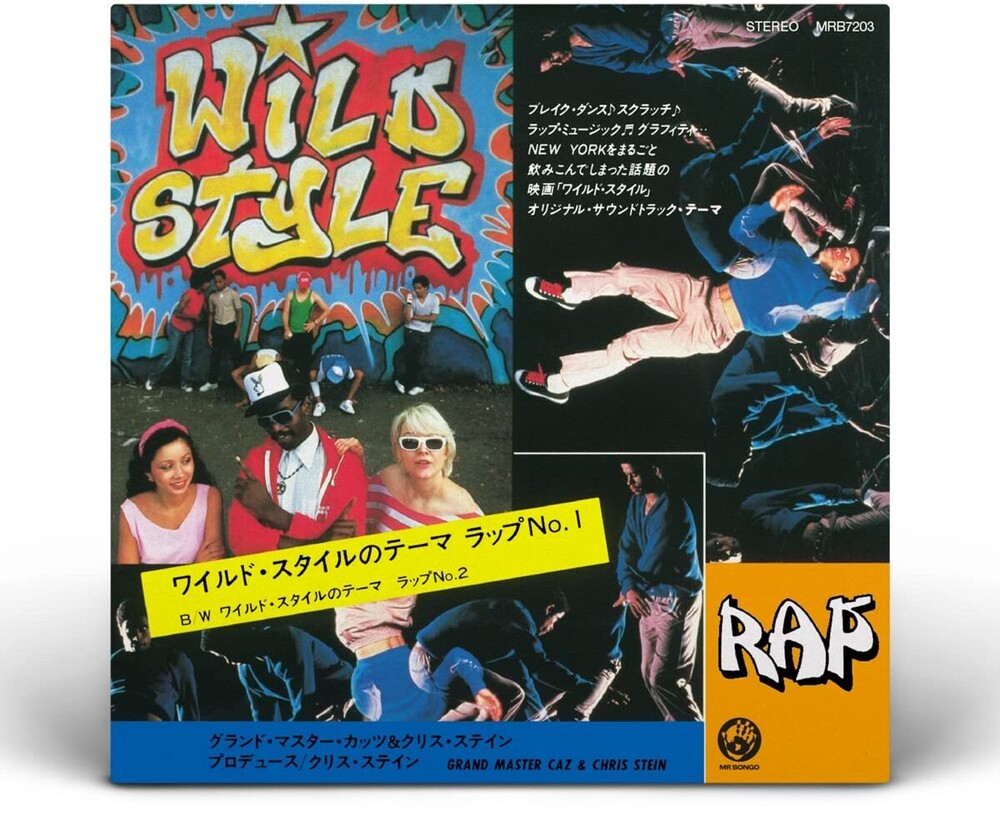 When it comes to the pantheon of hip-hop movies, 'Wild Style' is number one. While the actual plot carries about as much weight as 'Beat Street' or even the Fat Boys vehicle 'Disorderlies' - and the acting is also nothing to write home about - the soundtrack is an indelible classic.What the film and it's soundtrack caught was a moment in time and some key performances from genuine pioneers instrumental in the nascent hip-hop scene. And the influence has passed down through the ages, with rhyming couplets from the 'Wild Style' album still cited today, and Nas drawing on a snippet of the film for the opening track of his one true classic album, 'Illmatic'.What's unusual about the soundtrack - and evidenced on the tracks showcased here, available for the time on 7" since a 1983 Japanese release - is that it didn't draw on the tried-and-tested breakbeats that many of the artists featured on it would have cut their chops on. Charlie Chase, whose slithery scratches adorn both sides of this record, would have been used to going back to back on the records captured later on the 'Ultimate Breaks & Beats' compilations. Instead, the music is produced by Chris Stein of Blondie in collaboration with Fab 5 Freddy, drawing inspiration from those earlier breakbeats, with drums provided by one Lenny Ferrari. Here, Grandmaster Caz of the legendary Cold Crush Brothers is at ease over both sides, the music evoking the sound he would have rhymed over at the block parties where he built his reputation. It's a moment trapped in amber - you can't listen to this 7" without imagining a graffiti strewn subway car in New York.