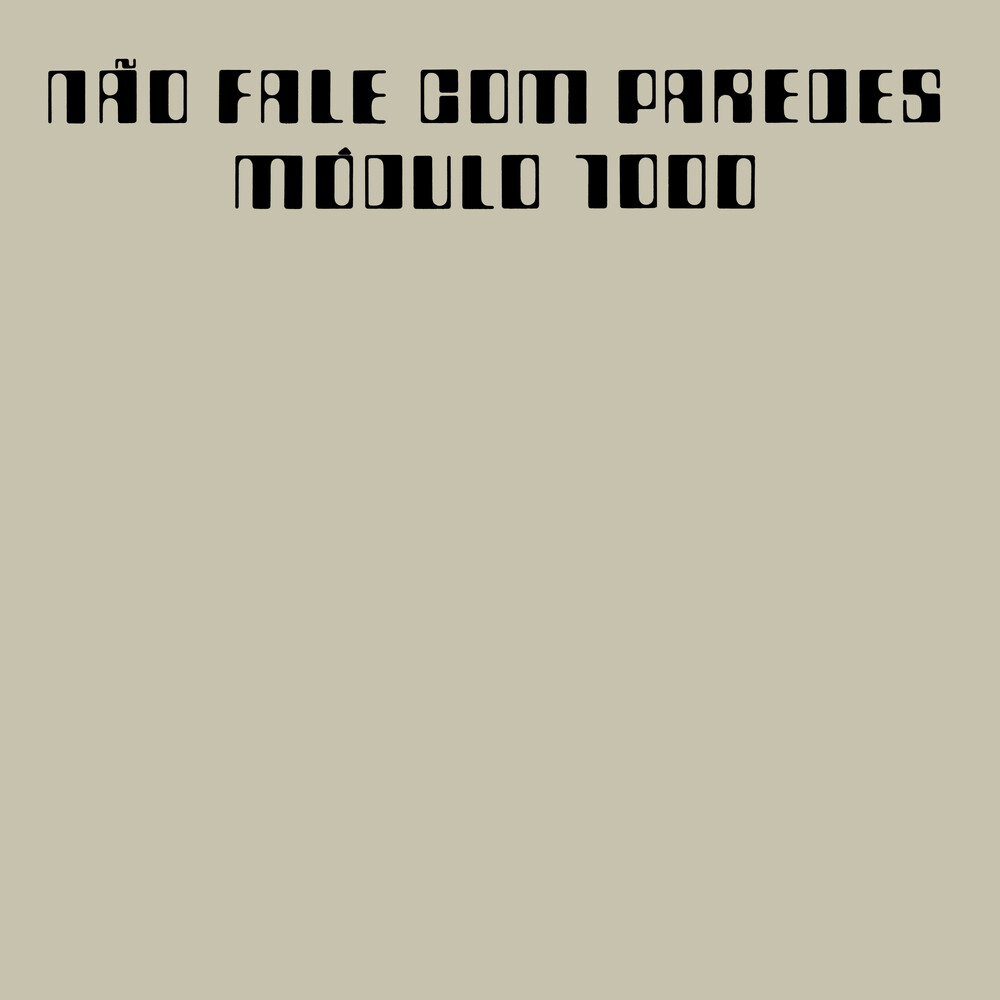 Módulo 1000 were not messing around when they made 'Nao Fale Com Paredes'. It holds it's own, not just as a raw, heavy, experimental "Brazilian" psychedelic rock album, but as a raw, heavy, experimental psychedelic rock album, full-stop! Formed in Rio de Janeiro in 1969, Módulo 1000 honed their craft as the house band in clubs and resorts in Sao Paulo where they predominantly covered American artists such as Jimmy Hendrix as well as British giants, Led Zeppelin. After acquiring a taste for fame following the performance of one of their tracks at the Rio International Song Festival, the band focussed their attention on composing original material. Their manager, Marinaldo Guimaraes, encouraged the band to explore their experimental and creative sides. This, in parallel with the explosion of experimental music in Brazil, resulted in the band performing alongside heavyweights such as O Têrço; there was a happening in the air.