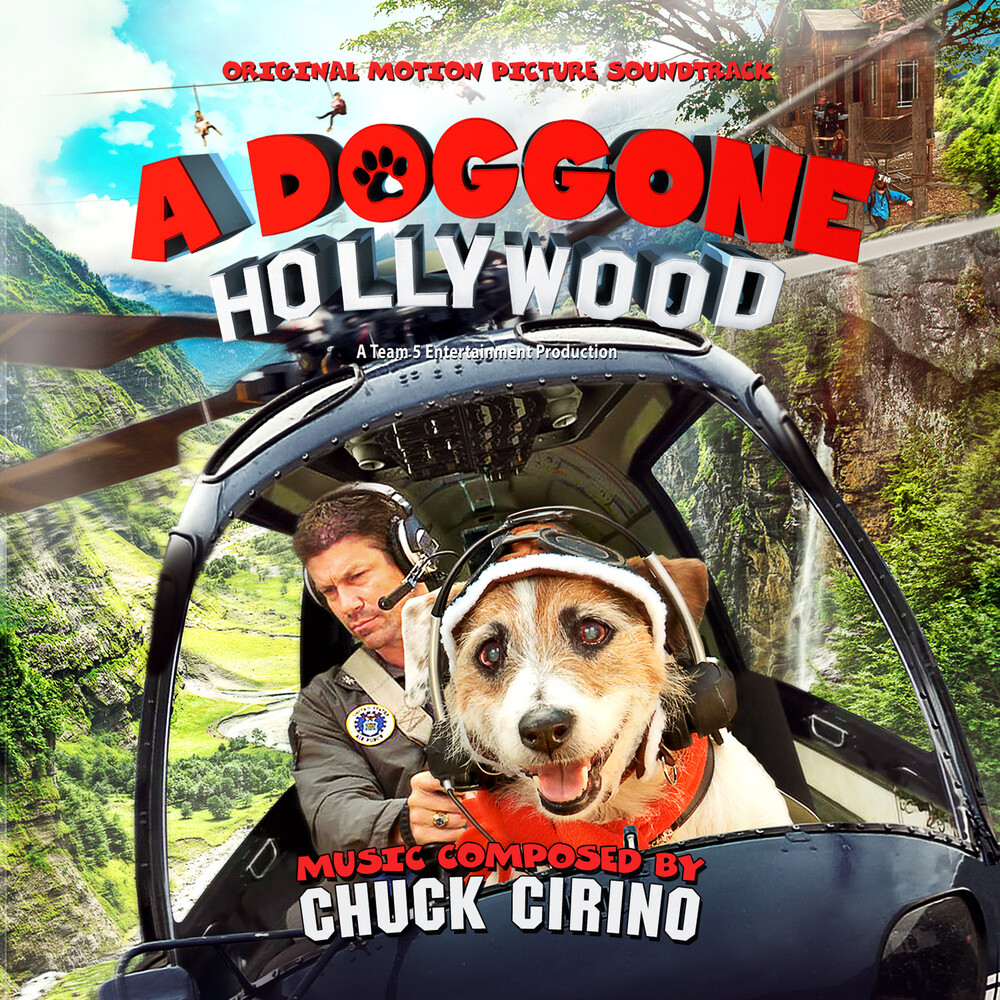 DISC: 1
1. Once Upon a Time/ Escape From the Train Lab
2. A Doggone Christmas Main Titles
3. Kid Walk/The Zone of Fear
4. Simple Christmas/ The Treehouse Secret/Sad Hugo
5. A Bowl of Food
6. Proceed/FBI Base and Little Nellie
7. The Flashback
8. Drone On
9. Escape From the Treehouse/ Evidence in the Window
10. Building the Bomb
11. Chinese or Mexican
12. In The Bleak Midwinter
13. The Snore Factor / Murphy Missing / Murphy Returns
14. Follow the Basketball
15. Bike Armada/Race to Haunted House
16. The Farewell
17. Detonation
18. Doggone Consequences
19. Comes a Santa (In the Bleak Midwinter)
20. Murphy Saves The Day

Chuck Cirino did not start his career as a composer, but rather as a programmer in Stroudsburg, Pennsylvania for a Public Access cable TV station, where he learned how to create TV shows by himself, without a crew. In his spare time, he experimented with the station's video equipment and created a series of genre productions that allowed him the opportunity to learn how to incorporate special effects into his work. After relocating to California, Cirino transitioned into directing high-end special effects television commercials. His first work as composer was for the 1980 cult film GYPSY ANGELS, which starred Vanna White and Richard Roundtree. Since then he has scored films for Roger Corman, directed music videos for bands like Earth, Wind & Fire and The Dickies' KILLER KLOWNS FROM OUTER SPACE, and has recorded over 40 music soundtracks for feature films including SORCERESS, RETURN OF THE SWAMP THING, HARD TO DIE, TRANSYLVANIA TWIST, and many others. Most recently, he has scored THE SEA BEAST, MEGACONDA, CRY OF THE WINGED SERPENT and CAMEL SPIDERS. In addition to composing the music for A DOGGONE CHRISTMAS, Chuck is also one of the film's producers, the cinematographer and the visual effects designer!