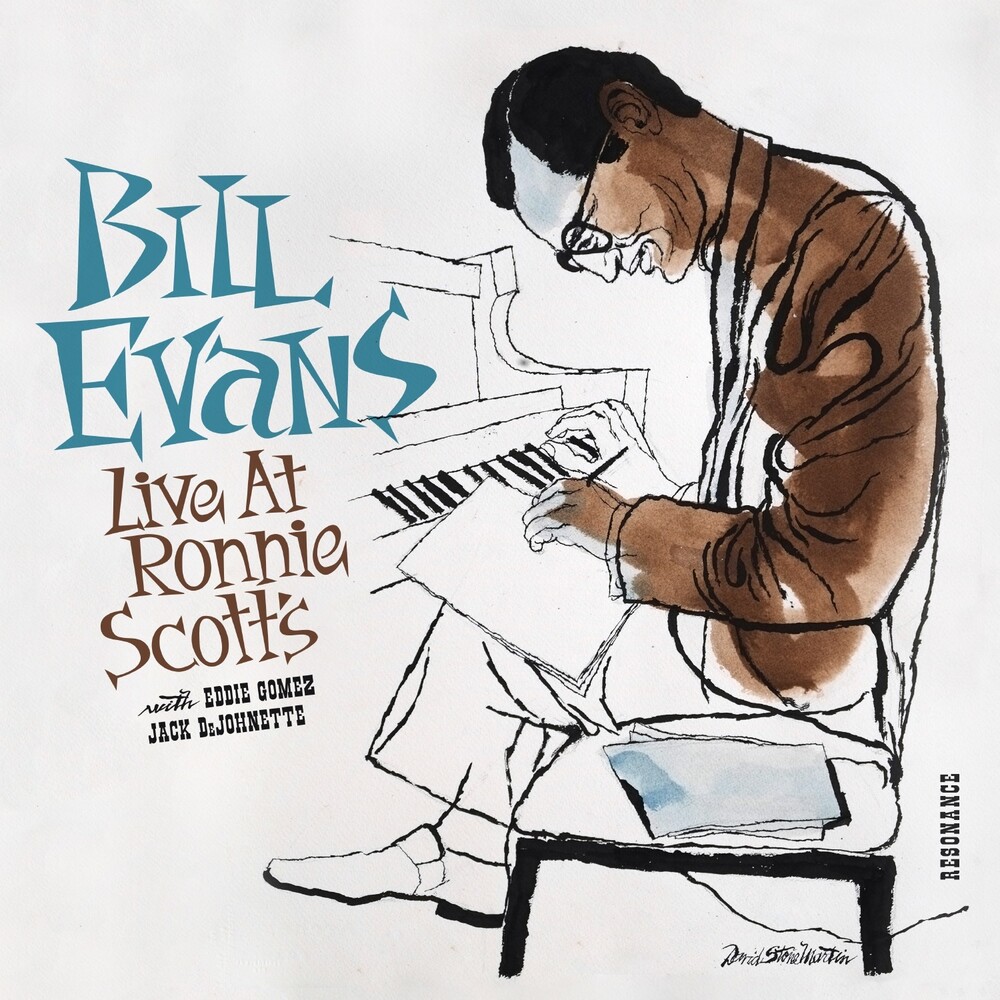 Live at Ronnie Scott’s is the third official Resonance release of previously-unissued recordings of the Bill Evans trio with Eddie Gomez and Jack DeJohnette. The nearly 2 hours of music has been remastered from the original tape reels. Live at Ronnie Scott’s was captured in July of 1968. On the cover of this deluxe 2CD set is a never-before-published drawing by artist and illustrator David Stone Martin. Package includes an extensive booklet with rare photos, essays and interviews.