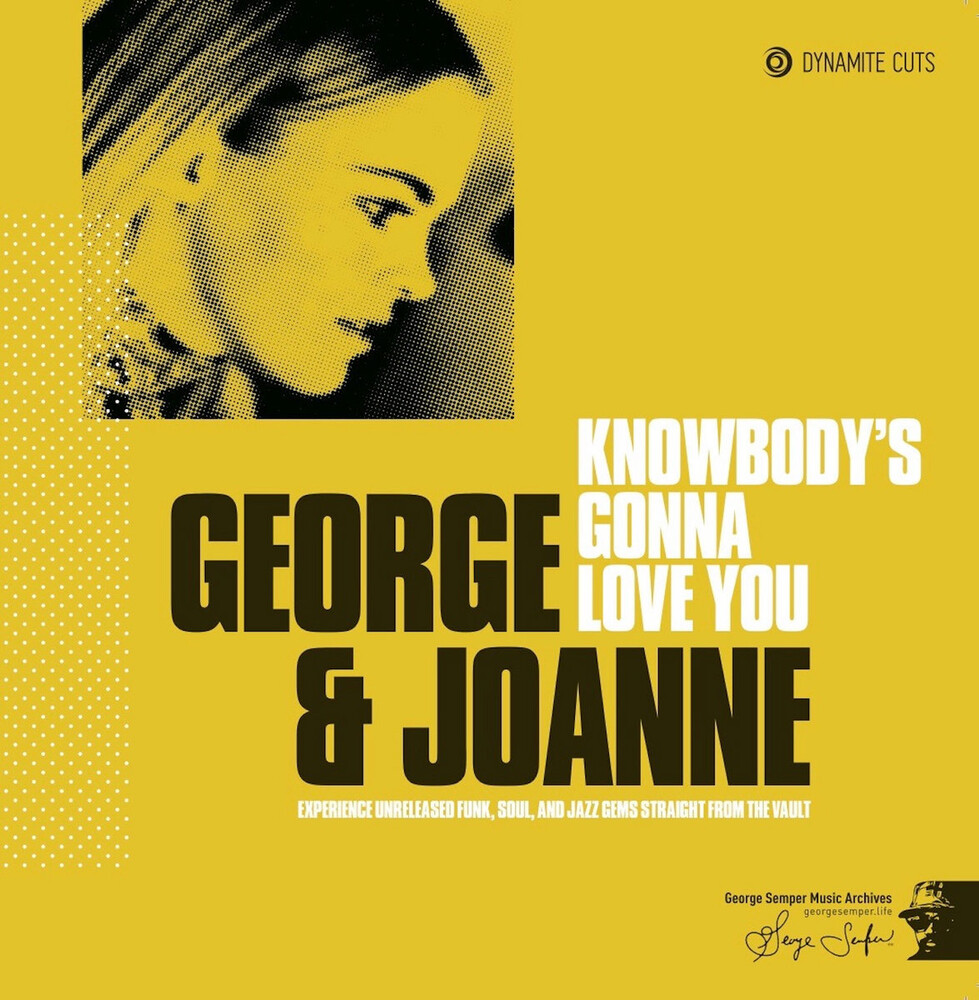 Dynamite cuts release a first-time masterpiece The George Semper Music Archives & Dynamite Cuts Records. 'Knowbody's Gonna Love You' is a masterpiece vocal demo written by George Semper almost 50 years ago. Lost and almost forgotten, lying dormant on a master tape recorded in the late 60s. Such a wonderful and fresh song, with perfect swing and groove. Finding this demo completed the puzzle with an unknown one-off press acetate record. That was within Georges collection, now we know he had wrote it. The acetate was titled 'Knowbody's Gonna Love You' Joanne. With a little more investigation Joanne became the lesser known soul singer Joanne Vent. She recorded one LP on the label A&M back in the late 60s, which just happened to be the same time George worked for the label