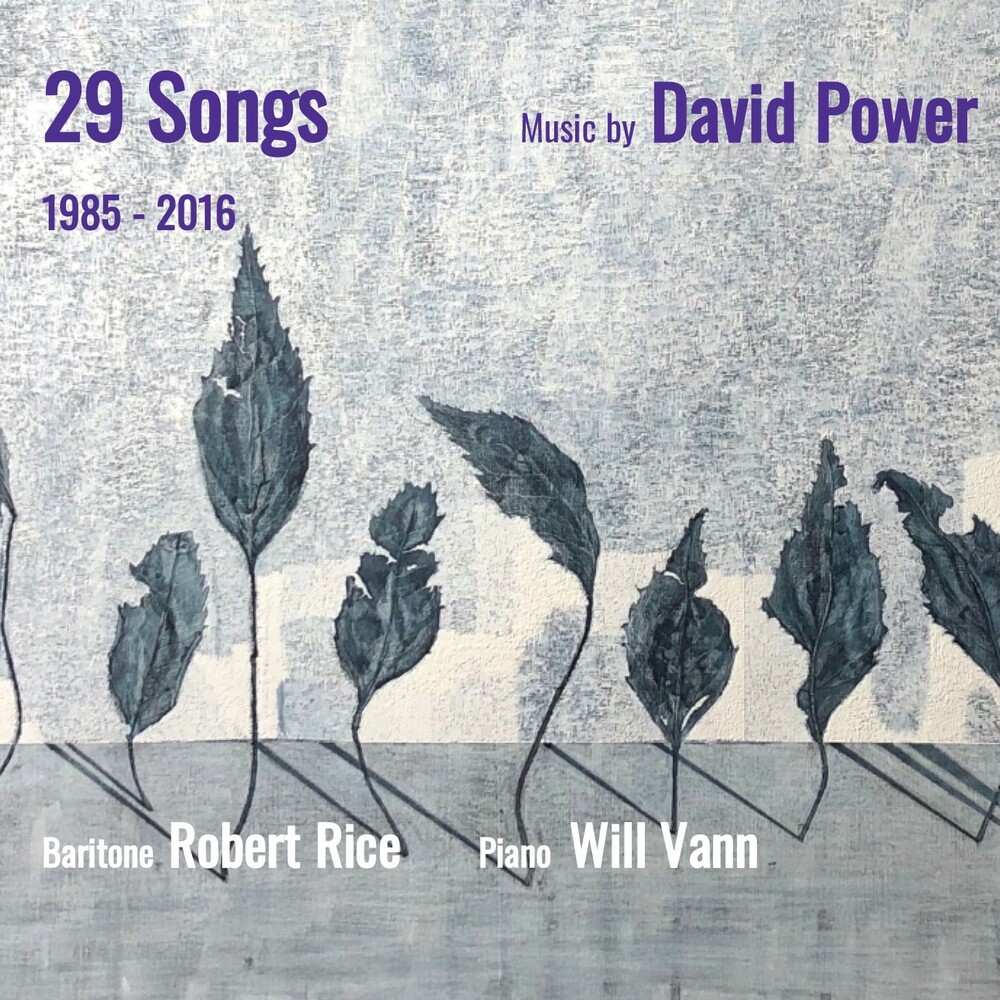 David Power (b. 1962) has been on a long musical journey, from rock, to contemporary classical, to a mature style which has variously been described as 'atmospheric', 'attractive' and 'original'. His work is widely performed, appears on 6 CDs and one LP, and has been broadcast on BBC Radio 3 and national networks in Austria, Hong Kong and the Republic of Ireland. Two of his pieces - Eight Miniatures for Piano Nos 2 + 4 - have gone viral, securing 1.8 million and nearly 300,000 streams respectively on Spotify alone. However, songs have always been central to his output, and this collection brings together 29 of his finest. This CD presents a diverse set of his songs and opens with his Six Songs (1991 + 2000). Two very different poets are set here, the almost mystical E.H. Visiak and the markedly more worldly Ronald Duncan. Power brings a real tenderness to Visiak's An Old Song and his unique and humorous setting of Duncan's Psychic Patient just has to be heard. This set ends with the moving and poignant Remember Me. A chance encounter with Walter de la Mare's childhood classic book of poems Peacock Pie brings Power's sense of humour and his sense of wonder to the fore in his settings of these wonderful poems. We hear about poor Tired Tim, the Dunce, and the one-eyed cat, amongst many others, and these poems bring out of Power some of his most touching music. Collaborations with poet friends inform the next two sets and give rise to an impressive diversity of songs - Poetry in Baghdad is a profound meditation on the value of poetry - and, by implication art in general - in times of extreme human suffering. In my more thoughtful moments, on the other hand, laments the lot of the four horsemen of the apocalypse who can never watch a soap or smoke a fag because they are perpetually tethered to fire, pestilence, starvation, and war. Nothing less - we are told - merits their attention! What a life!! The intriguing Three Char Songs and Three Char Songs (1985 + 2016) that closes the CD sees his 1985 settings of these poems - his very first undergraduate assignment - interspersed with new setting of the same poems written thirty years later. The idea is to reflect the time that has passed in between, and one setting literally goes back and forwards in time. Power has even said that if he is still alive in 2045, he will do another setting of these three poems and bring this set to it's conclusion. But what we have are the oldest and the newest songs on this CD setting the same poems, poignantly pointing to the passage of time, and bringing this remarkable CD to a close. This CD is an excellent introduction to Power's work over the years and is suitably released in what is his 60th year.