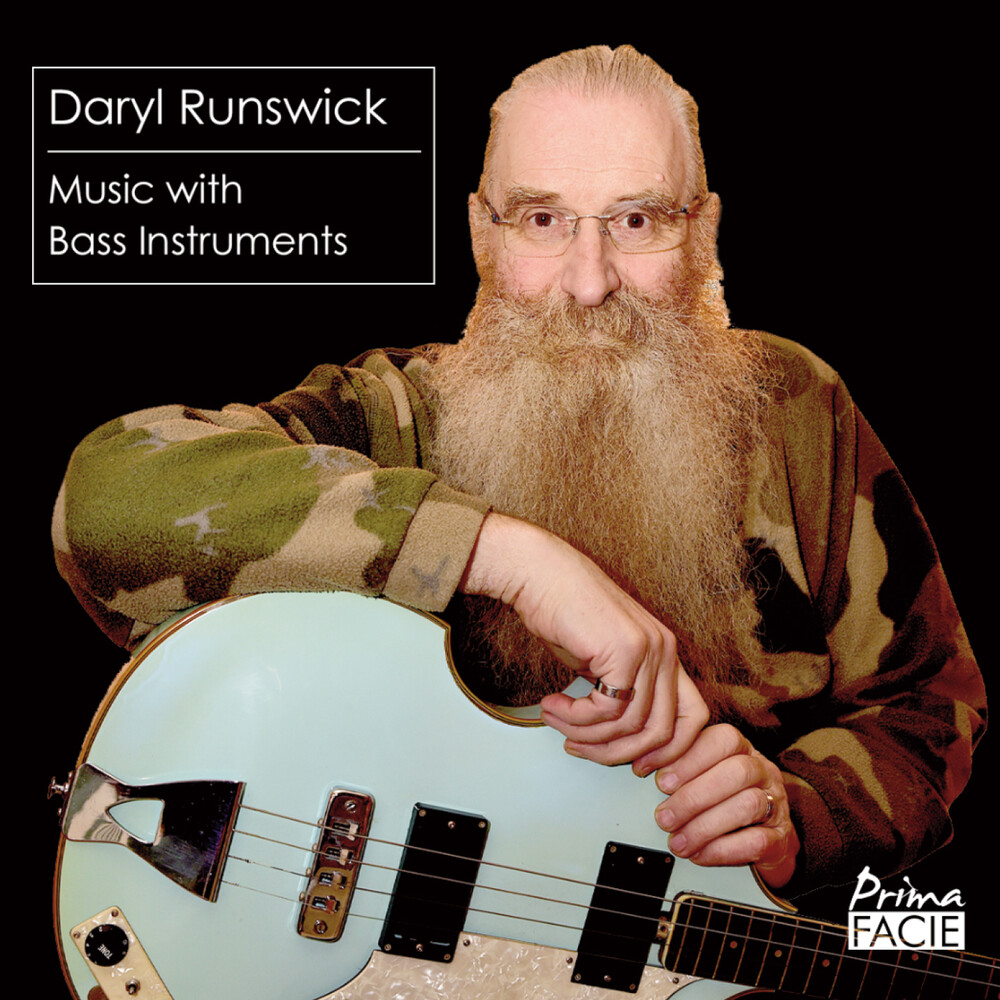 Composer, singer, and improviser Daryl Runswick has had a long and widely varying career, but underneath it all he has always been, when the chips are down, a bass player. A cellist in his teens, he moved over first to the double bass, then added the bass guitar to his armoury. Classical, rock, jazz, it was all the same to him as his discography shows (The Soldier's Tale with The Nash Ensemble, 200 Motels with Frank Zappa). He has always been a melodic player, preferring the high register and soloing more than most of the exponents of grooving and grunting. To this end he 'invented', many years ago, two high-strung bass guitars, an 'alto' and a 'piccolo' on which to expand his tonal palette and pursue his flights of fancy. Both instruments are featured on this new CD which showcases his compositional and impro skills featuring both singing and instruments of the bass persuasion. First comes Dance of Stillness where Daryl creates a rich and complex texture, vocal and instrumental, in real time. Above a multi-faceted polyphonic electro-vocal drone he improvises both as a singer and on his piccolo bass guitar, moving from a restful World Music texture into a raving electric solo. Second, we have Runswick's Sonata for Solo Double Bass, a piece he began in the 1980s and completed recently. This is a composed concert work with no impro, virtuoso in difficulty and symphonic in scope, despite being played on a single instrument not usually associated with solo propensities. Third is Daryl's extended setting of Shakespeare's poem The Phoenix and the Turtle. The singers on this recording are the renowned vocal consort London Voices, famous from concert work with renowned conductors and orchestras, not to mention Harry Potter and Lord of the Rings film scores. Daryl accompanies this star ensemble on obbligato double bass. As a light-hearted closer we have Marcus Miller's Tutu on which Daryl deputises for the song's original player, Miles Davis. His alto bass guitar makes a fascinating compare-and-contrast alternative to Miles's muted trumpet. All in all, then, a feast of music featuring (though not exclusively) an unusual range of bass instruments. Every aspect of Runswick's myriad styles is present - his singing, his playing, free impro, structured forms - with the emphasis on contemporary concert music, leavened by funkier moments. This polymath singer / player / composer presents his wide-ranging music in all it's variety