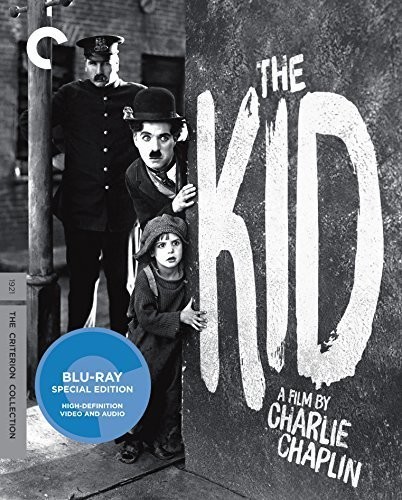 Charles Chaplin's first feature-length film pairs his Tramp character with an orphan boy, forging a life together in a slum reminiscent of Chaplin's childhood London home. Finding humor in the extreme harshness of the Tramp's impoverished existence with his plucky adopted foundling, Chaplin turns the pair's survival into a series of comic set pieces depicting such events as their scheme to sell windows and their daily breakfast rituals. Coordinated in their movements and well-matched in their temperaments, the Tramp and the Kid are the perfect pair, underlining the potential for tragedy when the child welfare authorities step in. Still, having revealed the Tramp's paternal devotion in a bravura chase scene and a whimsical dream sequence, Chaplin reunites the redefined family for a happy ending. Chaplin overcame First National's resistance to his desire to make a dramatic comedy, and he wrote, directed, and starred in a major success. Shot over nine months and accompanied by a score composed by Chaplin himself, The Kid became an critically hailed international hit, launching Jackie Coogan as a major child star. With a blend of social realism and finely tuned physical comedy, Chaplin infuses The Kid with a pathos and sweetness that would later mark one of his greatest features, City Lights (1931).