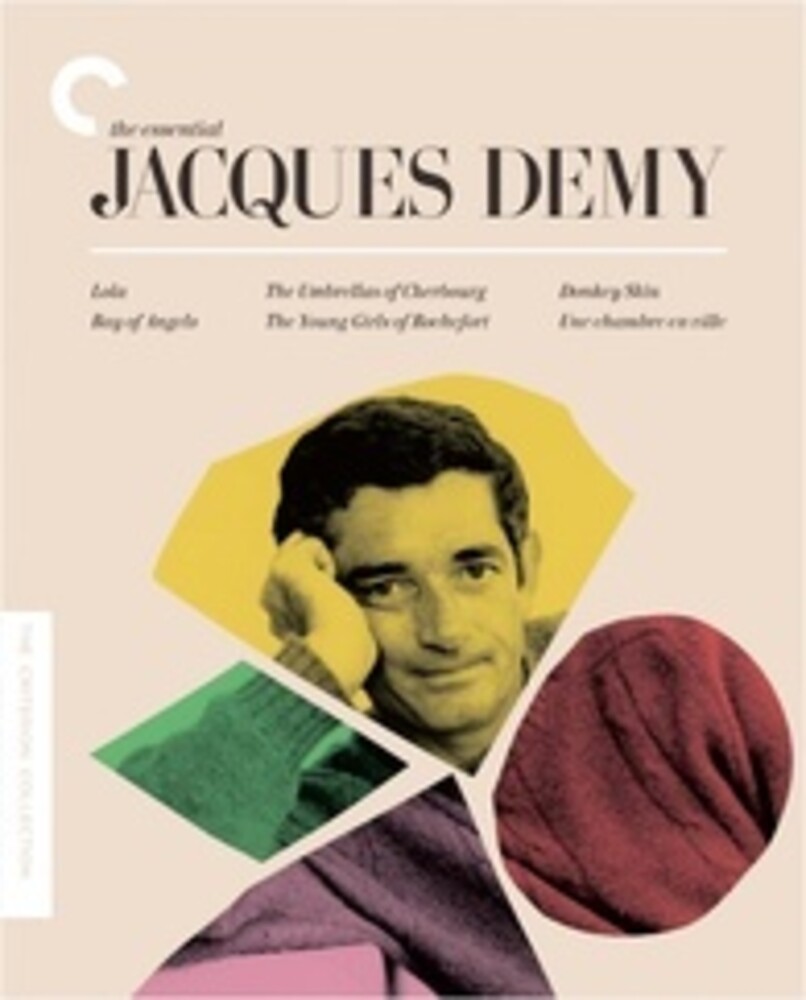 French director Jacques Demy didn't just make movies-he created an entire cinematic world. Demy launched his glorious feature filmmaking career in the sixties, a decade of astonishing invention in his national cinema. He stood out from the crowd of his fellow New Wavers, however, by filtering his self-conscious formalism through deeply emotional storytelling. Fate and coincidence, doomed love, and storybook romance surface throughout his films, many of which are further united by the intersecting lives of characters who appear or are referenced across titles. The works collected here-made from the sixties to the eighties and ranging from musical to melodrama to fantasia-are triumphs of visual and sound design, camera work, and music, and they are galvanized by the great stars of French cinema at their centers, including Anouk Aimée, Catherine Deneuve, and Jeanne Moreau.